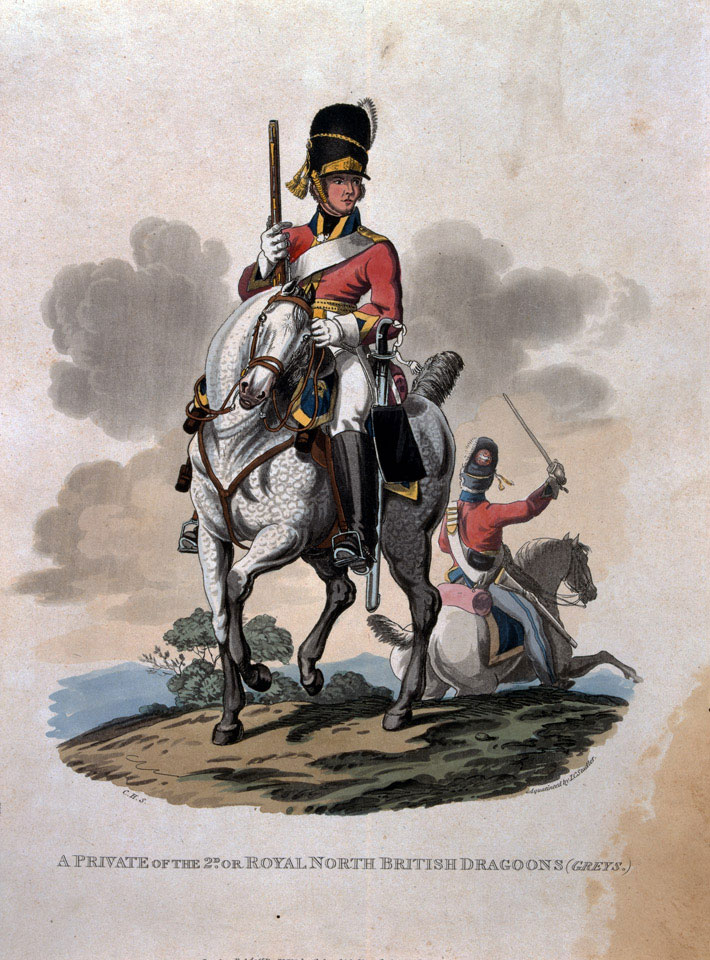 A Private of the 2nd or Royal Northern British Dragoons (Greys), 1812

Dragoons were originally mounted soldiers primarily intended to fight on foot, but by the late 18th century most dragoon regiments had evolved into conventional cavalry units. They were armed with short rifles known as carbines and heavy swords.