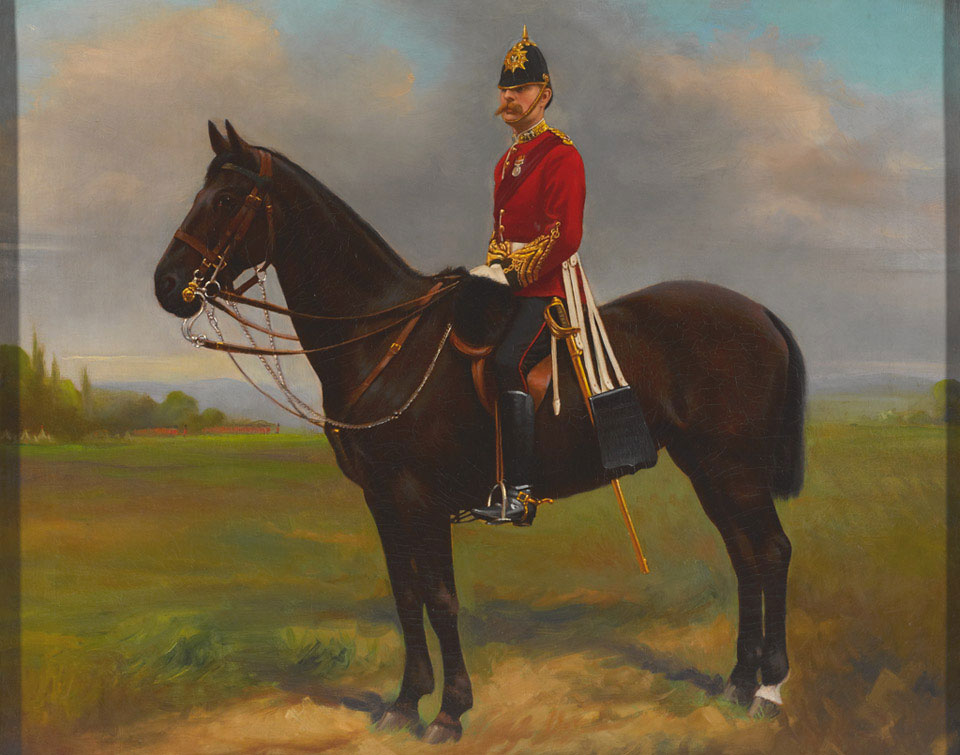 Froom wears the Zulu War Medal for 1877 to 1879. His regiment, formerly entitled the 94th Foot, had fought at the Battle of Ulundi and then played an important part in the expedition against Sekukuni, a Transvaal chieftain based just outside Zululand. It was after the successful conclusion of these operations that a section of the 94th, which had been split into separate companies to police the Transvaal, suffered a disastrous defeat at Bronkhorstspruit at the hands of local Boers. Froom, however, in command of 'C' Company, was warned of impending attack and immediately fortified the nearest garrison, Standerton, for which he was mentioned in despatches. The base was then much used by British troops during the Transvaal War of 1880-1881.

The painting may have been commissioned to commemorate both the award of the medal, probably received in 1881 when the regiment returned to Ireland from South Africa, and Froom's majority which came into effect on 1 July 1881. It was also the day on which the 94th Foot was amalgamated with the 88th Regiment, thereby creating the two battalions of the Connaught Rangers. This unit was disbanded with the creation of the Irish Free State, in 1922.