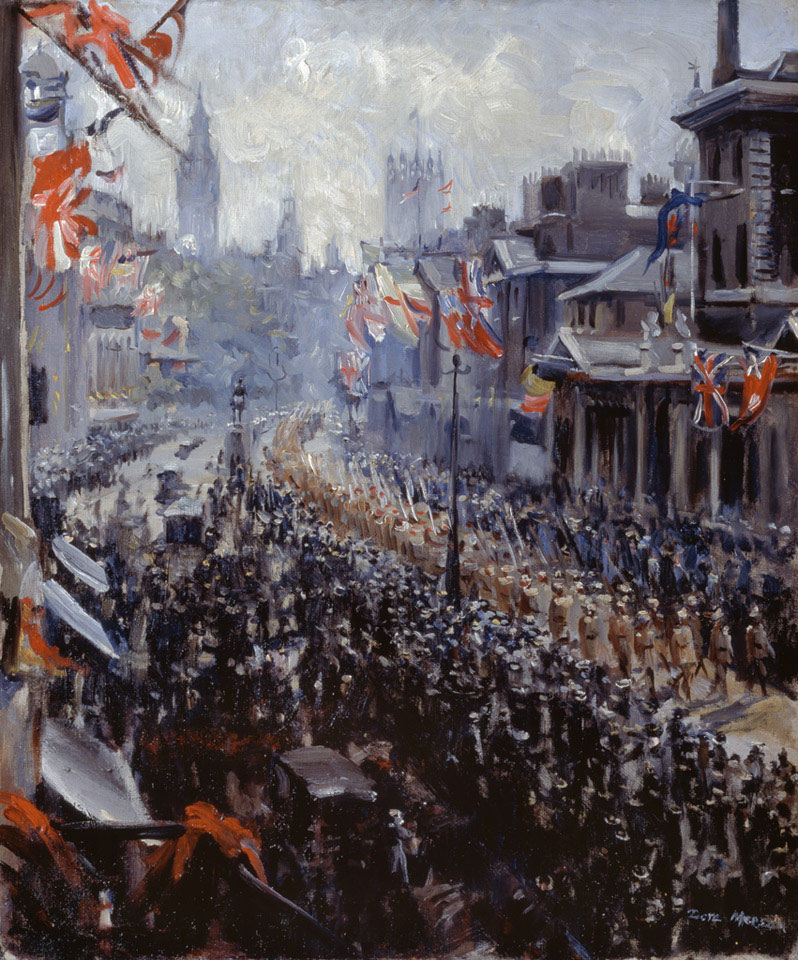 Although hostilities ceased with the Armistice on 11 November 1918, the First World War (1914-1918) did not end officially until the Treaty of Versailles was signed in June 1919. In Britain, Peace Day was celebrated on Saturday 19 July that year, with a Victory Parade in London as the main event. A camp for troops taking part in the Parade was set up in Kensington Gardens, while thousands of civilians flocked to the capital for the festivities. Nearly 15,000 servicemen took part in the Parade, led by Allied commanders such as Haig, Foch and Pershing.

In the painting Indian troops are shown marching up Whitehall (not down as in the title), just passing Horse Guards and moving towards the Mall and Trafalgar Square. In fact, the 1,800-strong contingent of Indian Army representatives was not present for the main parade. This was due to an outbreak of influenza on board ship on their way to England. Instead they paraded on Saturday 2 August and marched up Whitehall en route from Waterloo to Buckingham Palace.

'The Morning Post' recorded that: 'Near the memorial there were moments of silence when the dead seemed very near, when one almost heard the passage of countless wings - were not the fallen gathering in their hosts to receive their comrades' salute and take their share in the triumph they had died to win?'