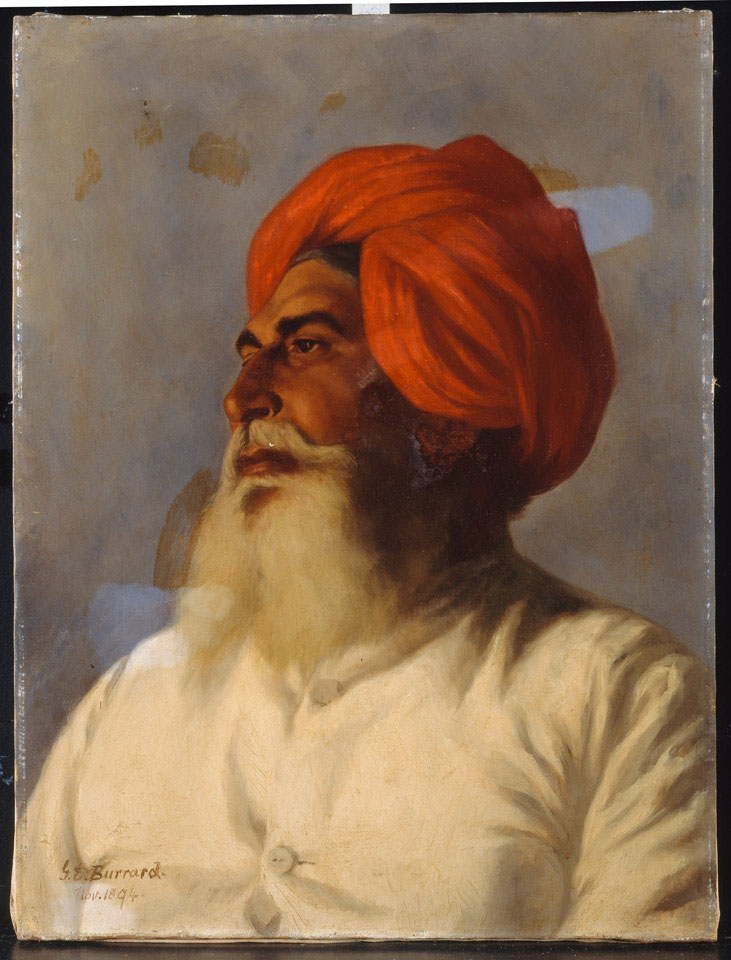 Ganda Singh was a Sikh messenger who worked on The Great Trigonometrical Survey, which was begun in 1802 to systematically map India's landscape. The project relied on local labour and knowledge and benefited from the tradition of map-making in Asia. Ganda Singh worked for the survey party responsible for the pendulum - a device used to find small changes in gravity caused by the variable density of the Earth's crust.

Gertrude Burrard's husband Sidney was an Indian Army officer and Superintendent of the Trigonometrical Survey of India. The artist was complimented on her rendering of Ganda Singh's beard and replied that, 'I don't think that a white beard is more difficult than other things in nature; it tells a story, and I paint what I see.'