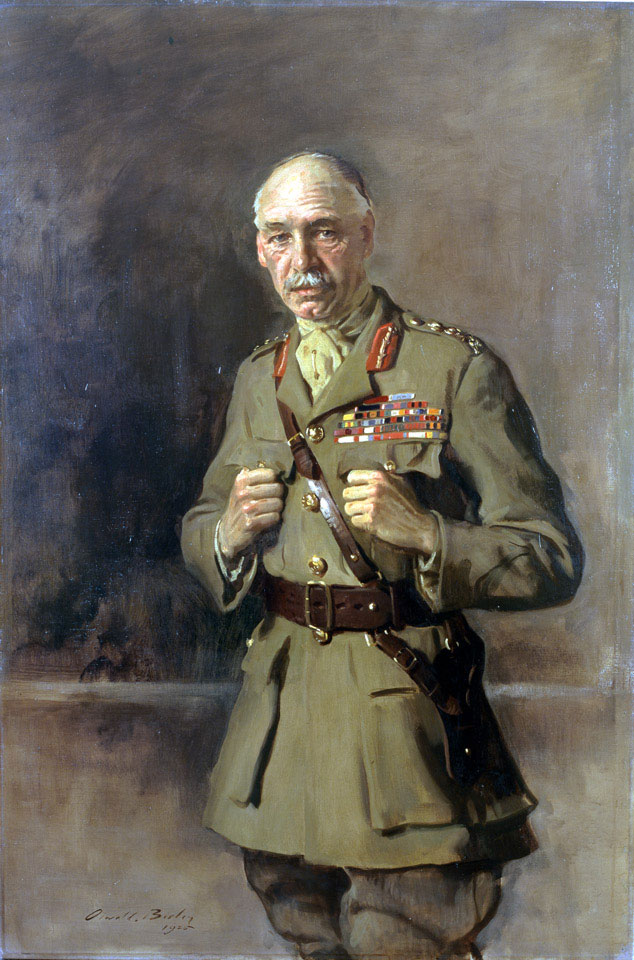 On the outbreak of the First World War (1914-1918), Rawlinson (1864-1925) was appointed Director of Recruiting at the War Office before commanding the Fourth Division and then Fourth Army Corps. He led the Corps at Battles of Neuve Chapelle, Aubers Ridge, Festubert and Loos in 1914, before being appointed in temporary command of First Army the following year. He was promoted lieutenant-general in command of Fourth Army in 1916, and was engaged in the Battle of the Somme from July to November.

General Rawlinson was appointed British Military Representative on the Supreme War Council in 1918, before Commanding the Fifth Army, which he reconstituted as the Fourth. In 1919 he was created Baron Rawlinson of Trent and led the evacuation of the Allied Forces from Russia during the War of Intervention. Commander-in-Chief, India from 1920, Rawlinson guided the Indian Army through major changes and introduced the process of its 'Indianization'.