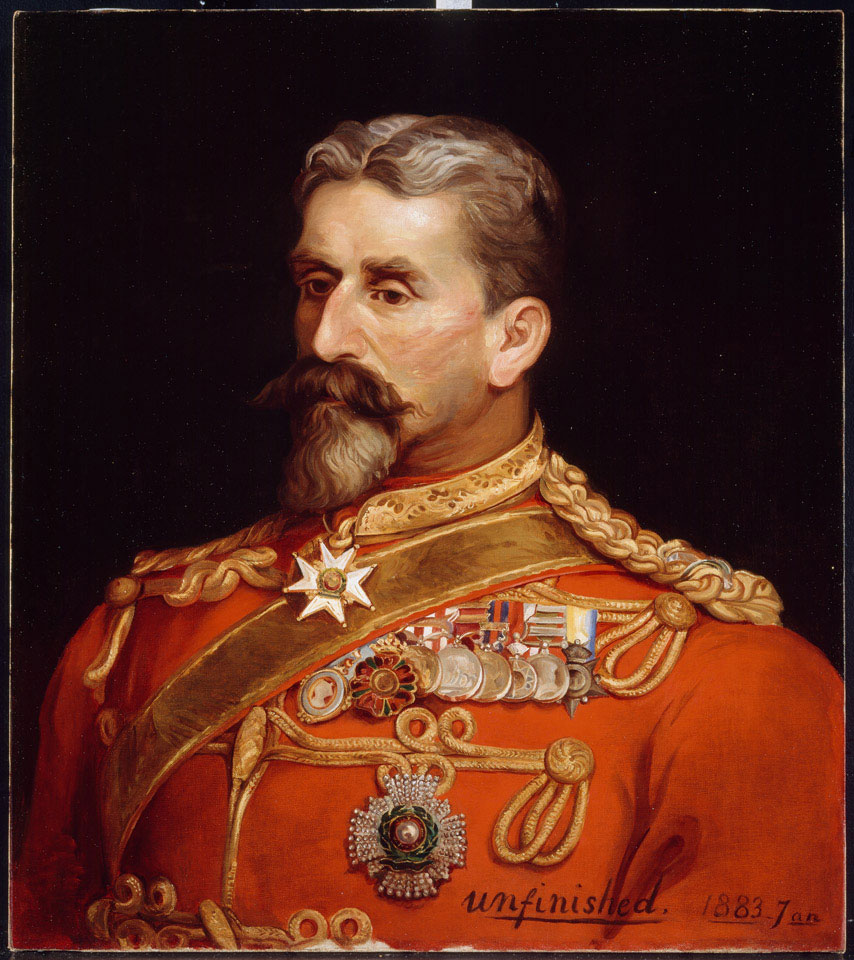 Charles MacGrgor (1840-1887) was born at Agra on 12 August 1840 the son of Major Robert MacGregor of the Bengal Artillery and an Indian woman. Educated at Marlborough College he returned to India in 1856 as a subaltern in the Bengal Artillery. During the Indian Mutiny (1857-1859), MacGregor took part in the relief and capture of Lucknow. He was twice wounded during the campaign.

After service in China, Butan and Abyssinia he was appointed Quartermaster General on the Khyber communication lines and commanded the 3rd Brigade of the Kabul-Kandahar field force at the Battle of Kandahar (1880). MacGregor then served as Quartermaster General for the British Army in India and head of the Intelligence Department until his death in 1887. During his service he also helped establish the United Service Institution of India in 1870.