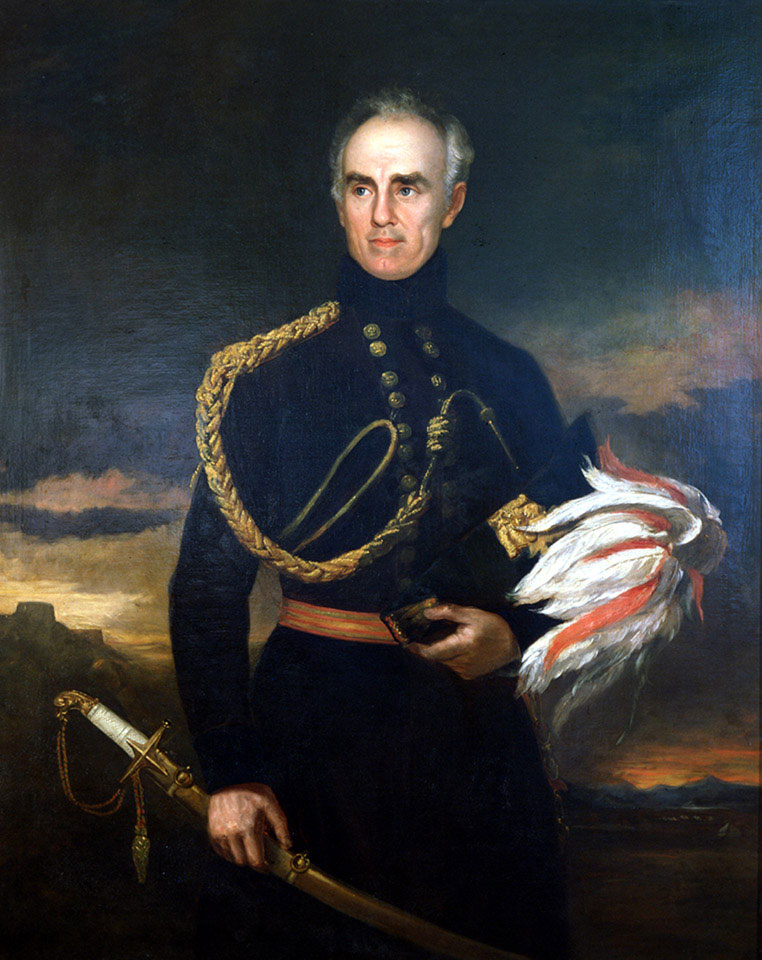 Gilbert Waugh was commissioned as a lieutenant with the Madras European Regiment in 1798 when aged 15. He was promoted captain in 1804 and major in 1814. In 1833 Waugh became Colonel of the 32nd Native Infantry in the Madras Presidency, which took part in the annexation of the district of Coorg, in Southern India, deposing the Hindu ruler Chikkaveera Rajendra.