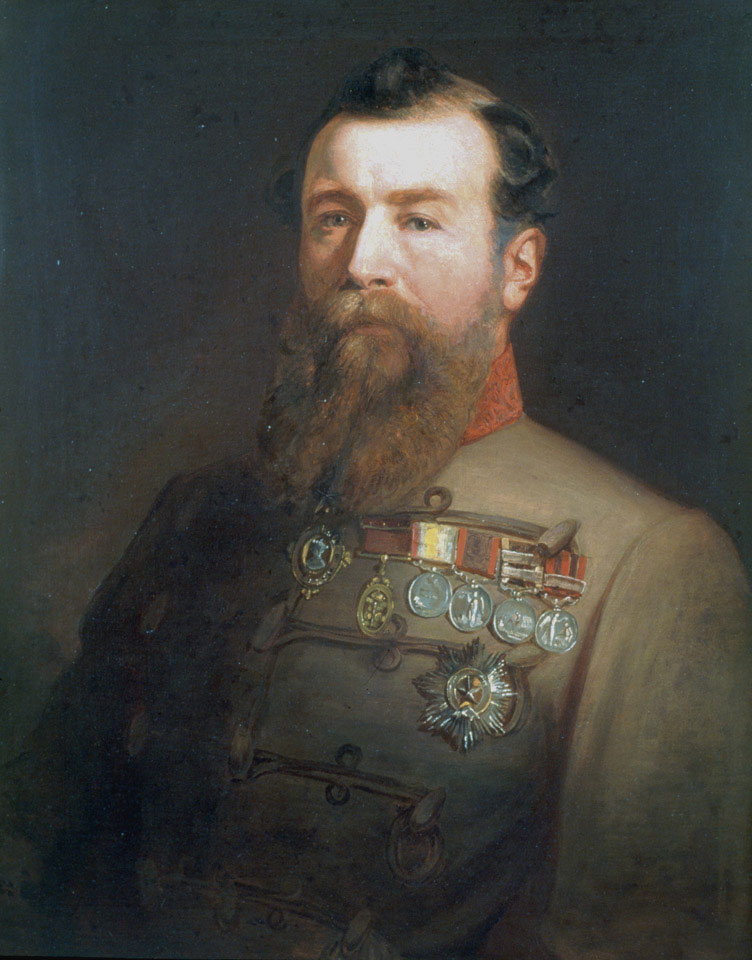 Brigadier General Sir Harry Burnett Lumsden CB, in the uniform of The Queen's Own Corps of Guides, 1866 (c)

Lumsden (1821-1896) wears the uniform of the Queen's Own Corps of Guides, which was originally known as 'Lumsden's Guides' and which he was responsible for raising in 1846. He is also credited with the introduction of khaki (of which drab is a specific shade) for uniform. The light brown cotton clothing which he ordered for his men was dyed with river mud, and the colour was known as 'khaki'. 'Khaki' is a Persian term for earth-coloured or dusty. Khaki was worn extensively in India during the Indian Mutiny (1857-1859) and eventually it came to be used by most armies throughout the world.