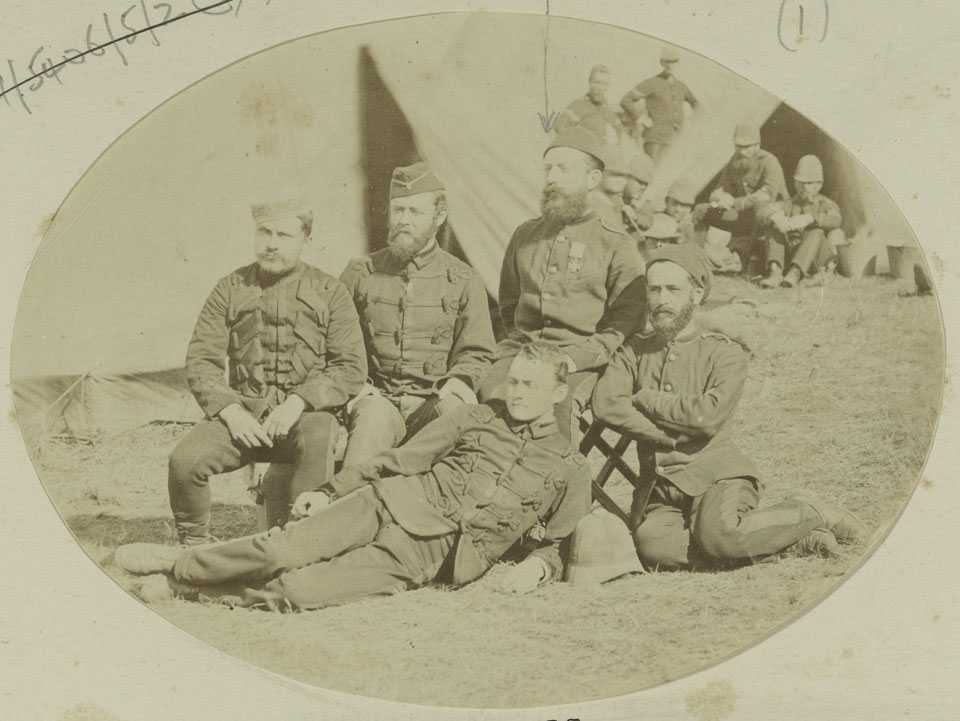 Lieutenant (later Colonel) Chard (seated on stool, second from right) was awarded the Victoria Cross (VC) for his role in the heroic defence of the mission station at Rorke's Drift in January 1879. According to the 'London Gazette' of 2 May 1879:

'For gallant conduct at the Defence of Rorke's Drift, 22nd and 23rd January 1879. The Lieutenant-General reports that had it not been for the example and excellent behaviour of Lieutenants Chard, Royal Engineers, and Bromhead, 24th Regiment, the defence of Rorke's Drift would not have been conducted with the intelligence and tenacity which so eminently characterised it. The Lieutenant-General adds, that the success must in a great measure be attributable to the two young officers who exercised the chief command on the occasion in question.'

From an album of 70 photographs, associated with Colonel Hume, 94th Regiment of Foot.