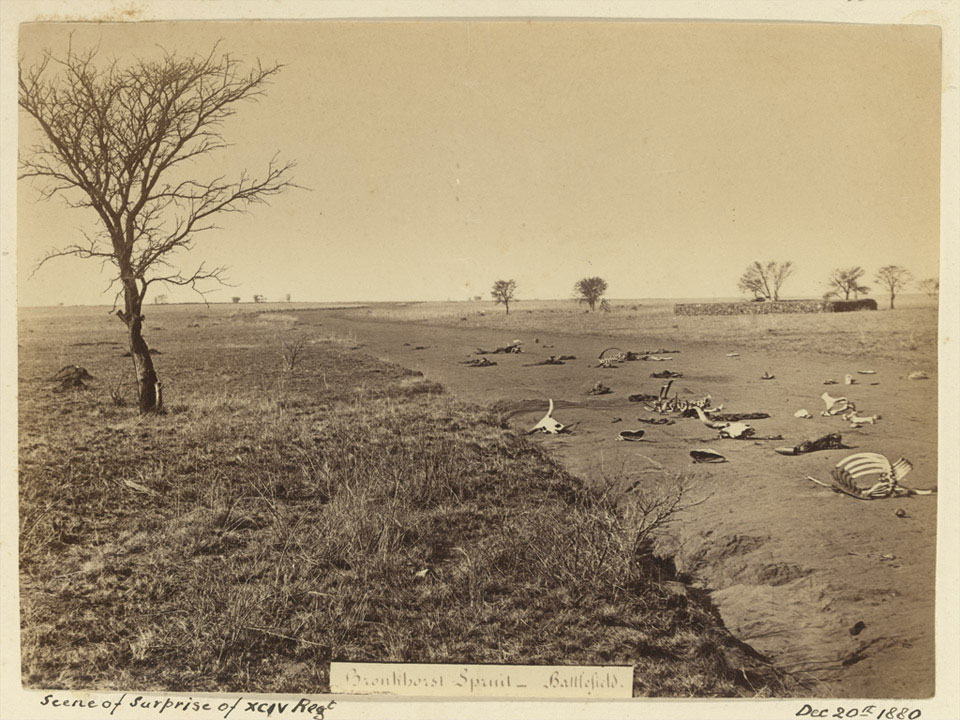 In November 1880 the 94th Regiment was ordered to Pretoria. At Bronkhorstspruit on 20 December, their column was surrounded by a vastly superior Boer force. Lieutenant-Colonel P R Anstruther, the officer commanding, was severely wounded in the thigh and died six days later of shock due to amputation. So many officers and men were shot down so quickly that in under half an hour the 94th were obliged to surrender.