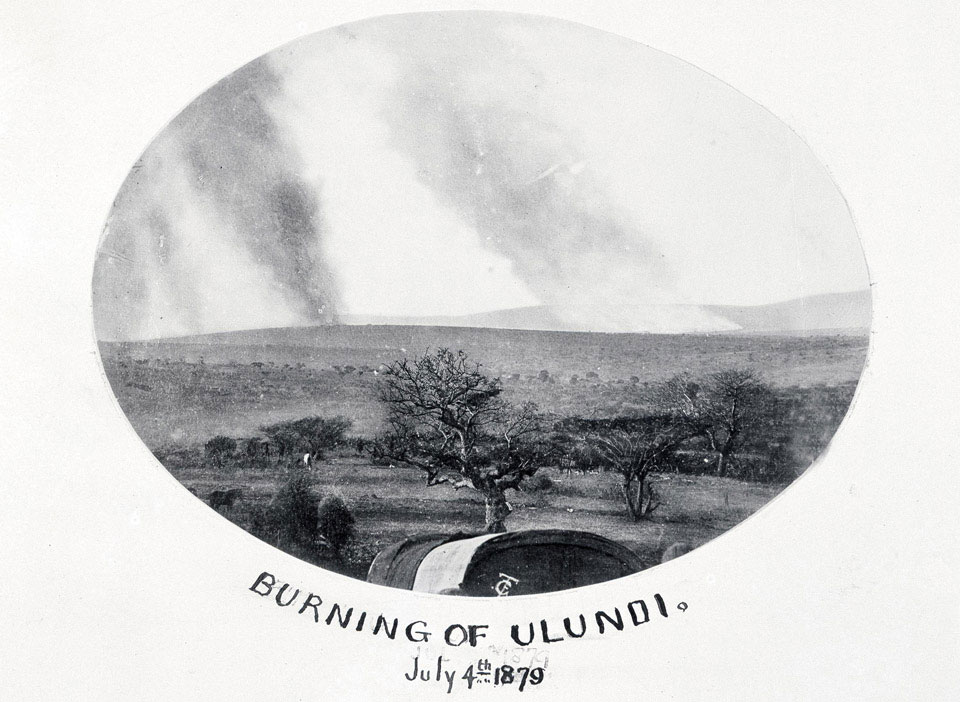 The Battle of Ulundi, close to the capital of the Zulu King Cetshwayo, was fought between Lieutenant General Lord Chelmsford's force of about 5,000 British and an estimated 20,000 Zulus. The well-disciplined warriors converged upon the British, who formed a square of infantry enclosing staff, cavalry, and supplies. Heavy fire from their Gatling guns cut the Zulus down at long range. Cetshwayo was captured and sent into exile. His capital was burned by the British.

From an album of 70 photographs associated with Col Hume, 94th Regiment of Foot.