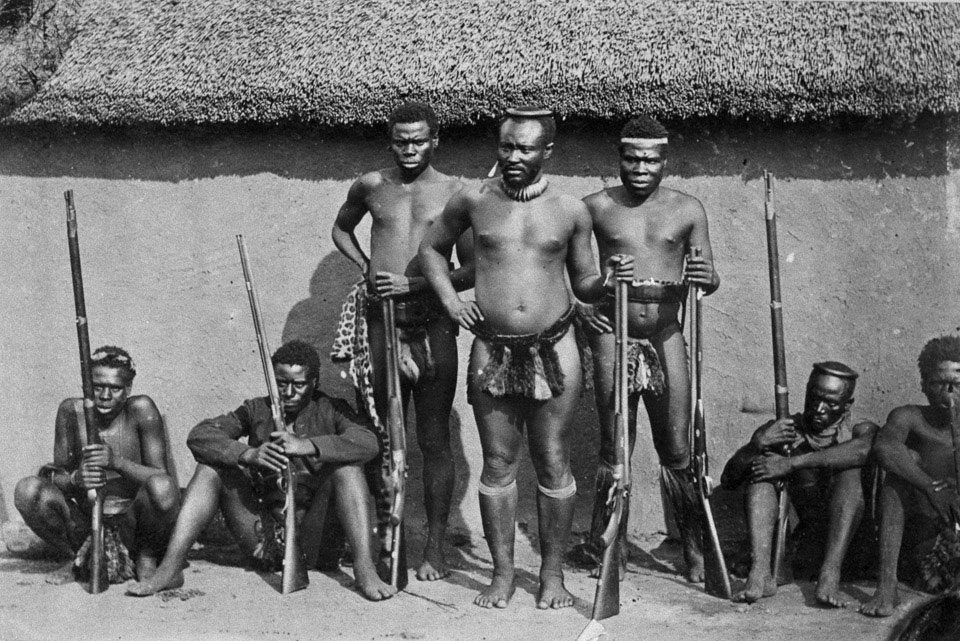 'Followers of the Zulu king, Cetshwayo, including his brother, Dabulamanzi', 1879

The Zulu King Cetshwayo, fearing British aggression, had started to purchase firearms in the months leading up to the war in 1879. Although the Zulus had thousands of old-fashioned muskets and a few modern rifles, their warriors were not properly trained in their use.

Instead, they relied on highly manoeuvrable and superbly disciplined soldiers who were experts in hand-to-hand combat. Most Zulu warriors were armed with shields and 'assegais'. The latter came in two forms, a thinner-bladed throwing spear and a broad-bladed stabbing spear. The stabbing weapon was named the 'iklwa', supposedly after the sound that was heard as it was withdrawn from the victim's body.

From an album of 70 photographs relating to Colonel Hume, 94th Regiment of Foot.