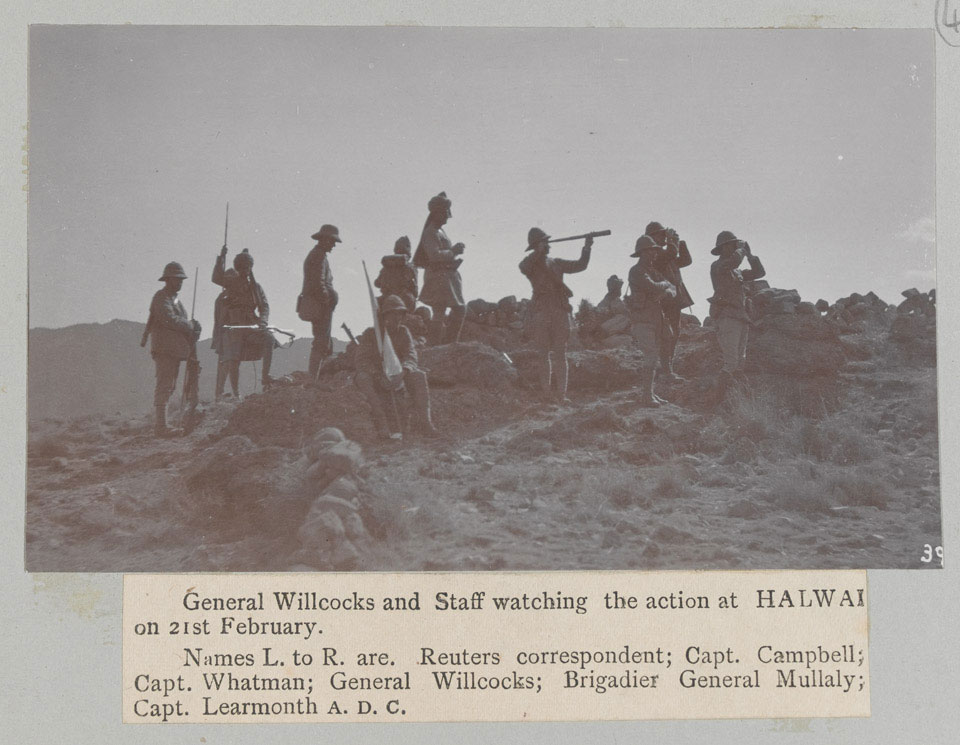 'General Wilcocks and Staff watching the action at Halwai, 21 February' 1908