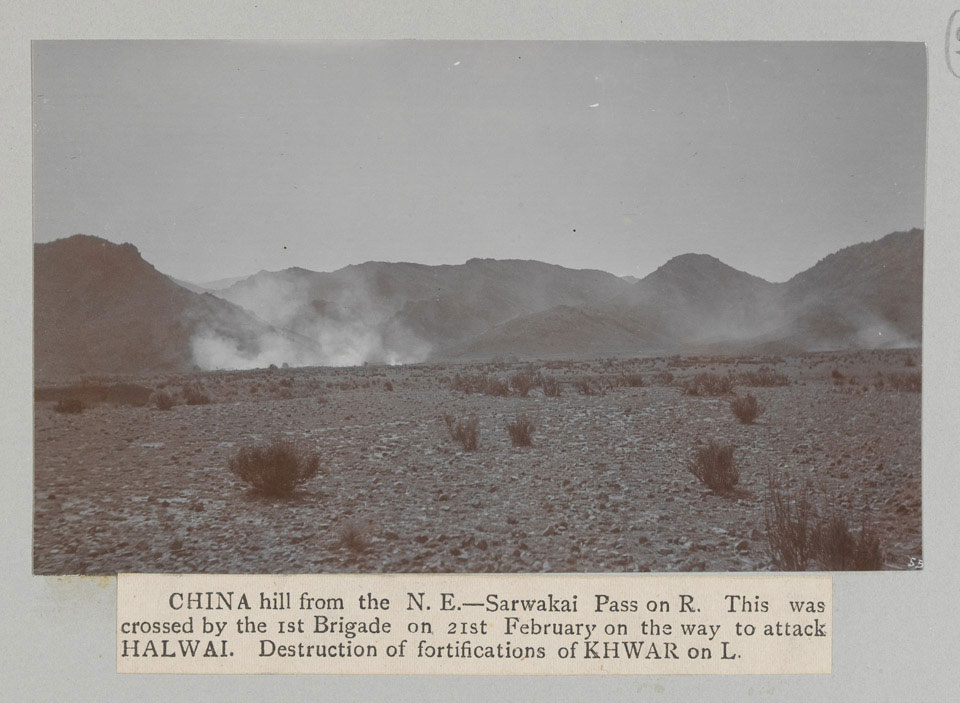 'China Hill from the North East - Sarwakai Pass on Right. Destruction of fortifications of Khwar on Left', 1908