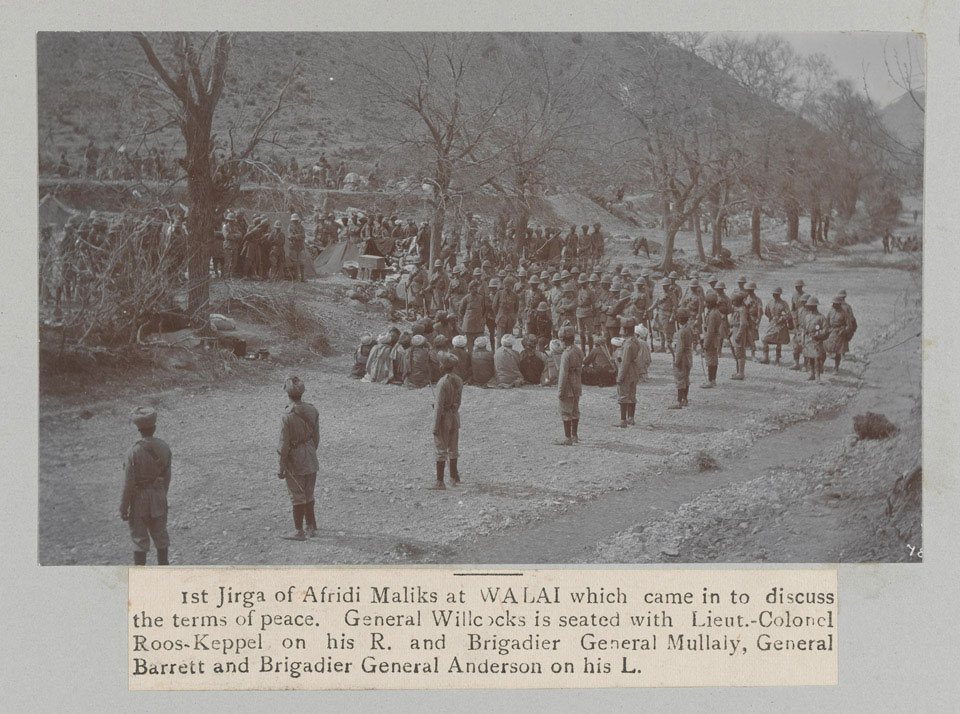 Jirga of Afridi headmen at Walai, 1908