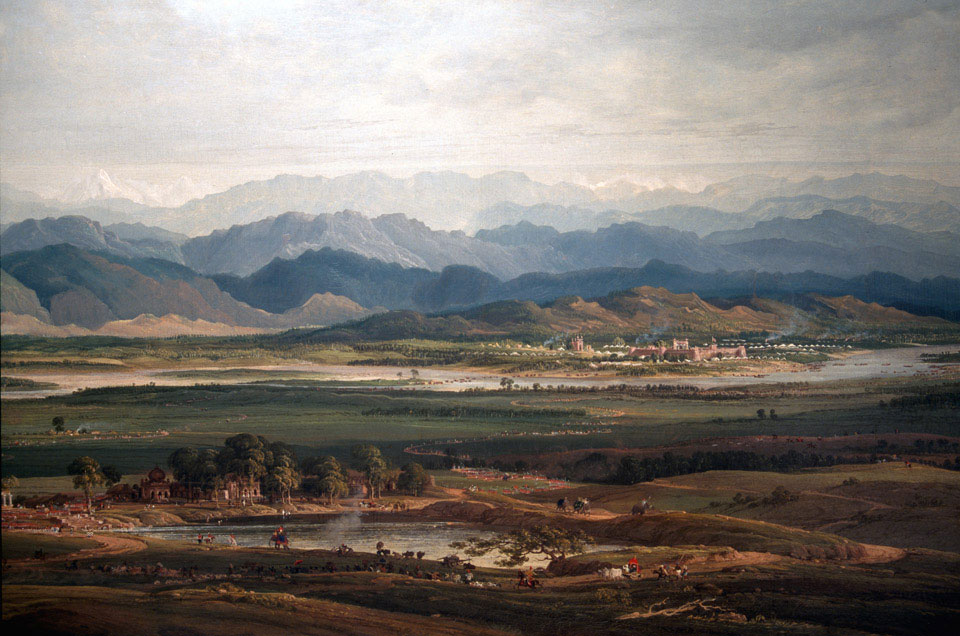 March of Francis Marquess of Hastings, Governor General of India Commander in Chief, 1814-1815

This panoramic painting reads from right to left and depicts two days during a tour of inspection of Bengal by the Governor General and his party, on 23 and 24 December 1814, near Hardwar.

Lord Moira's (later the Marquess of Hastings) march started from Barrackpore near Calcutta on 28 June 1814 and reached the holy city of Hardwar on the Ganges on 24 December. Then, having travelled as far as Meerut, he returned to Calcutta on 9 October 1815. In the painting, Lady Moira is riding on the state elephant while her husband takes part in a tiger hunt. Lord Moira's camp can be seen in the distance near Hardwar. As Governor General, he undertook two long tours of inspection, from 1814 to 1815, and 1817 to 1818.