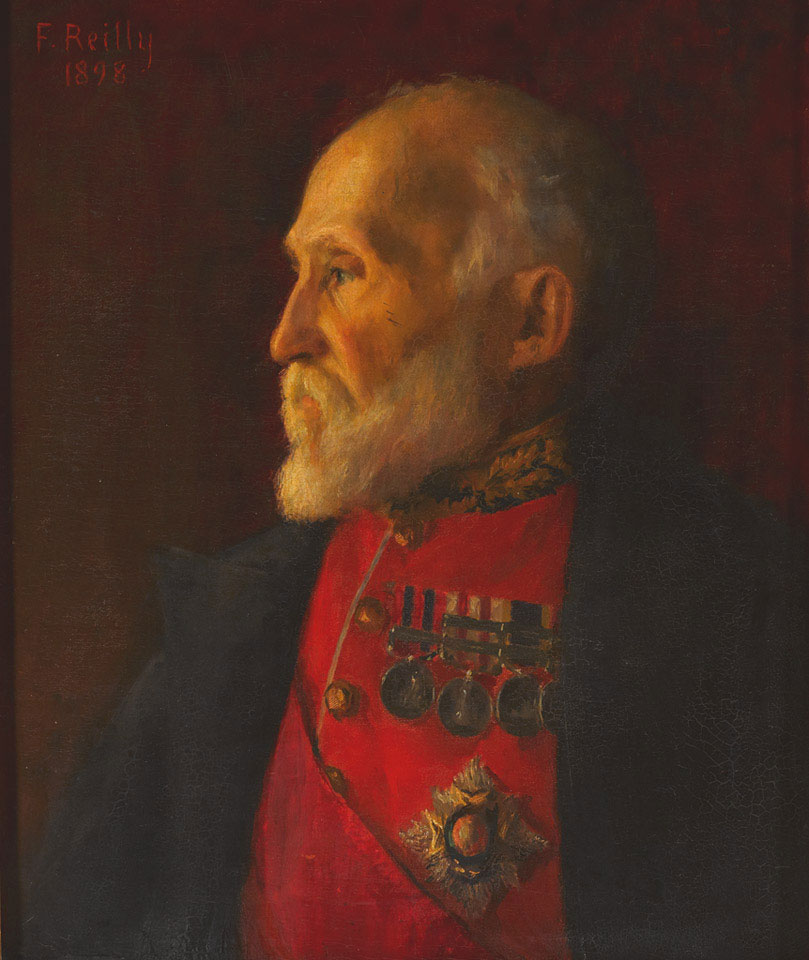 Taylor (1826-1912) was born in Dublin and after completing his schooling entered the East India Company's Addiscombe College in 1841. A long and distinguished career in India followed, including service during the Sikh Wars (1845-1849), the Indian Mutiny (1857-1859) and in several campaigns on the unruly North West Frontier. He also played a leading role in the construction of the Grand Trunk Road between Lahore and Peshawar as Chief Engineer in the Punjab. After his retirement from the Indian Army in 1878, General Taylor served as president of the Royal Indian Engineering College from 1881 until 1896.