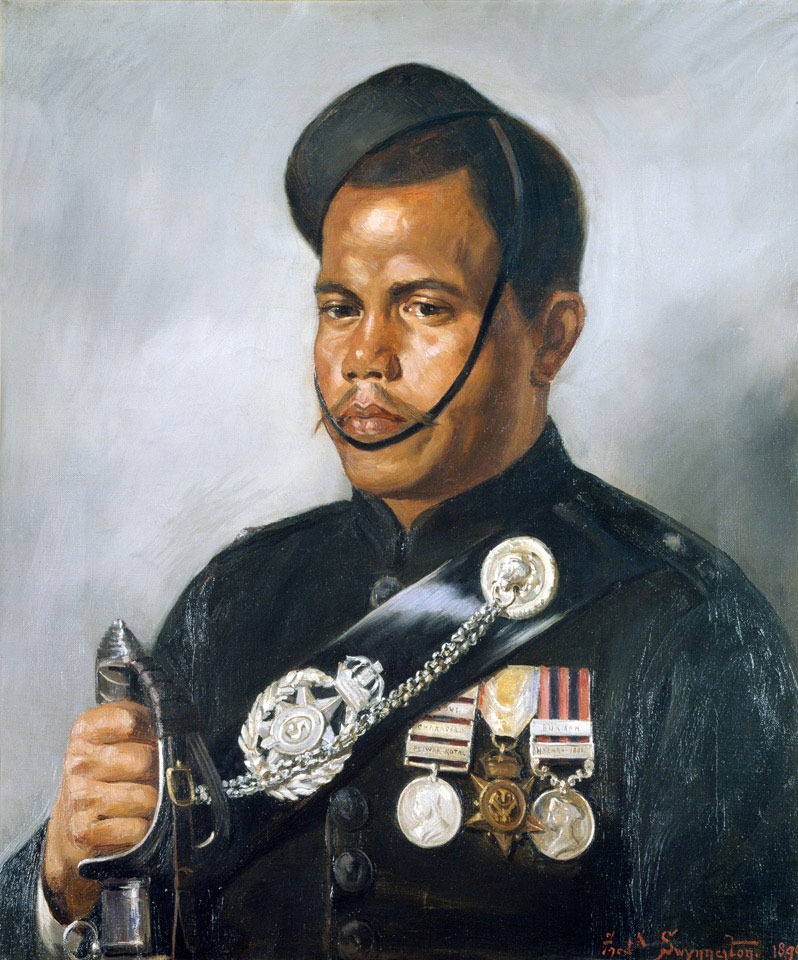 One of Major-General Frederick Roberts's orderlies during the 2nd Afghan War (1878-1880), Jemadar Jangia Thapa was nicknamed 'Bullets' because regimental tradition had it that he had once been hit on the forehead by a bullet which had been completely flattened without causing him the least discomfort. Thapa was admitted to the Second Class of the Order of British India in April 1897 and was selected as one of the representatives for India at the inauguration of the Australian Commonwealth in January 1901.