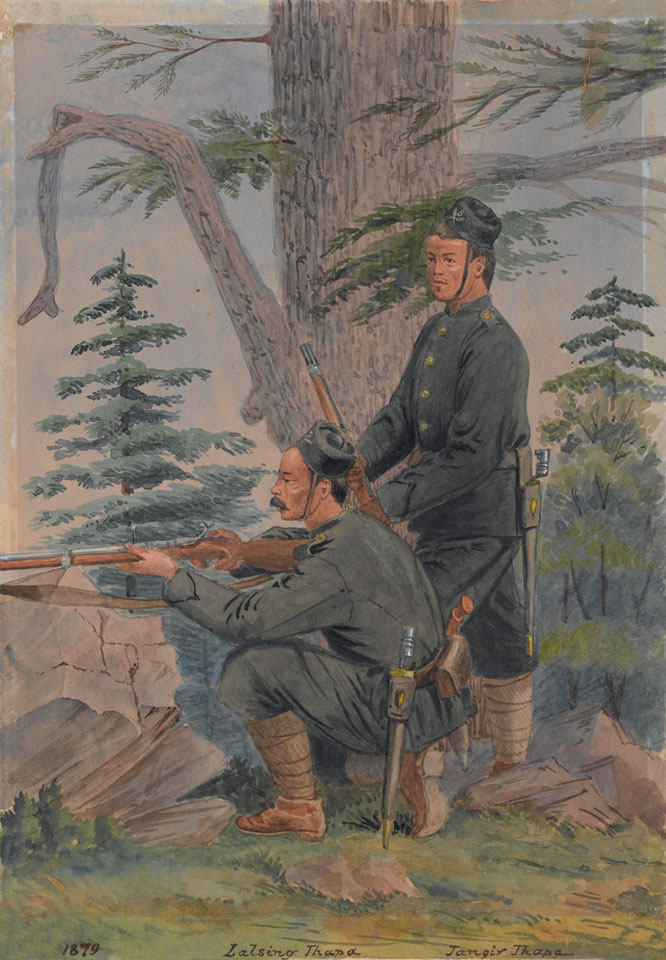 The Gurkhas Lalsing Thapa ('Shrapnel') and Jangir Thapa ('Bullet-head'), were the orderlies of Major General Sir Frederick Roberts, who was then commanding a British force that advanced along the Kurram Valley towards Kabul during the 2nd Afghan War (1878-1880). At Peiwar Kotal an enemy force of 18,000 men with 11 artillery pieces was found to be awaiting the invaders.

While a feint attack was made on the Afghans, Roberts commanded a turning movement by the 5th Goorkha Regiment (The Hazara Goorkha Battalion) and other troops, which succeeded in dislodging the enemy, inflicted heavy casualties and captured all their artillery. Roberts lost fewer than 100 killed and wounded.