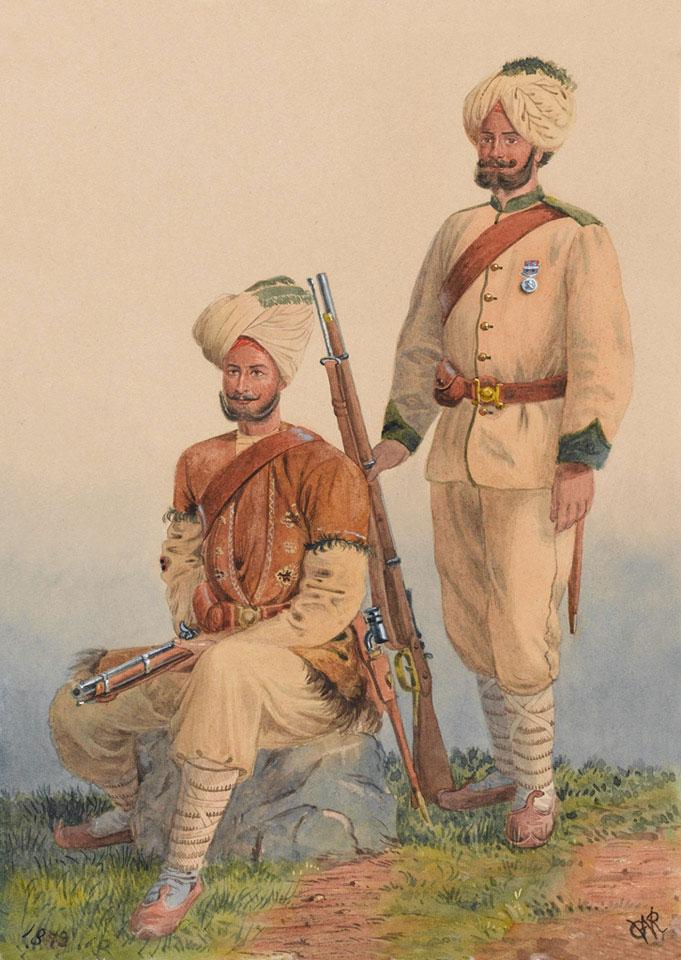 During the 2nd Afghan War (1878-1880) General Frederick Roberts commanded the Kurram Field Force before being appointed commander of the Kabul and Kandahar Field Force, leading his 10,000 troops through Afghanistan to the relief of Kandahar. Roberts' Sikh orderlies accompanied him on all these campaigns.

He later wrote of them: 'My orderlies...displayed such touching devotion that it is with feelings of the most profound admiration and gratitude I call to mind their self-sacrificing courage. On this occasion (as on many others) they kept close round me, determined that no shot should reach me; and on my being hit in the hand by a spent bullet, and turning to look round in the direction it came from, I beheld one of the Sikhs standing with his arms stretched out trying to screen me from the enemy, which he could easily do, for he was a grand specimen of a man, a head and shoulders taller than myself'.