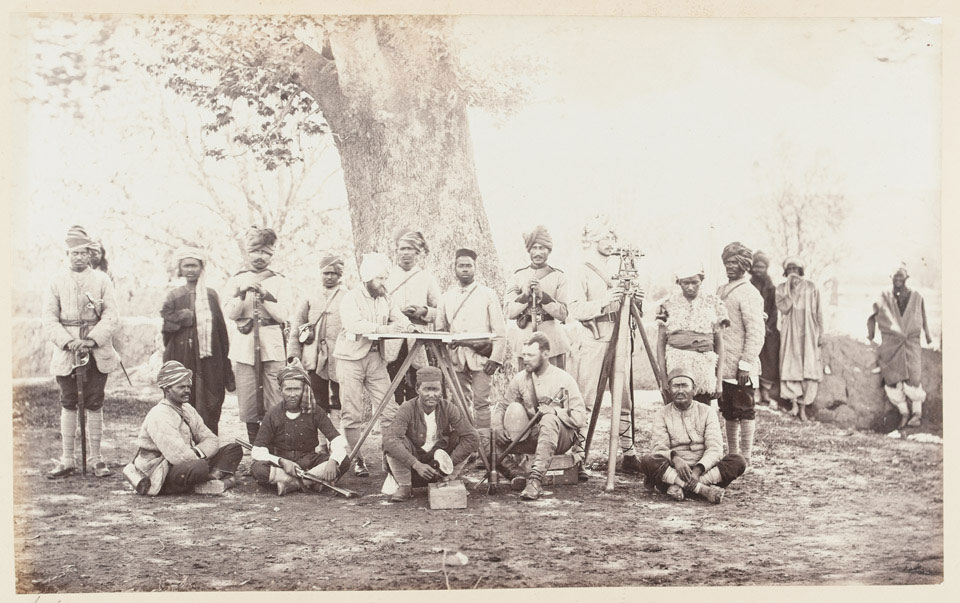 Much of the surveying of India's terrain was carried out by the British during their rule there. However, as this photograph shows, the British surveyors were accompanied by local soldiers and other men while they worked. This photograph was taken in Kurram, then on the border between India and Afghanistan and now a Federally Administered Tribal Area or Pakistan.