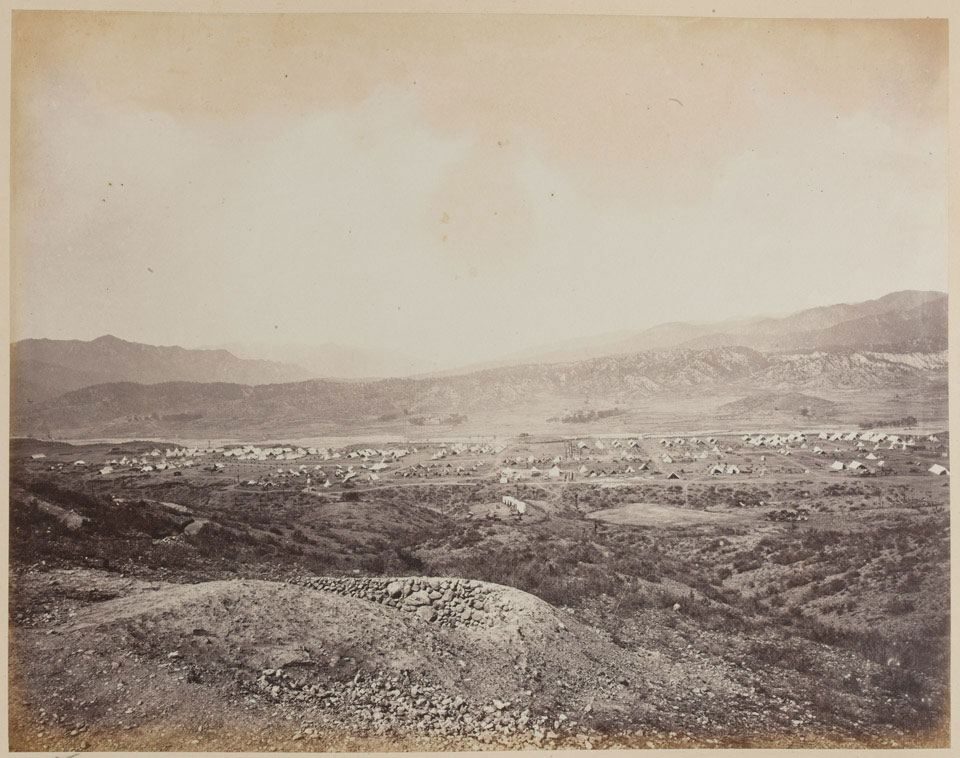 Major-General Sir Frederick Roberts' Kurram Valley Field Force occupied Ali Khel, near the head of the Kurram, on 30 April 1879. They set up camp there and awaited the outcome of the negotiations between Sir Louis Cavignari and Amir Yakub Khan that ended with the Treaty of Gandamak in May 1879. The field force subsequently left Ali Khel and headed back down the valley. Following the murder of Cavignari and his escort, the British returned to Ali Khel on 6 September 1879. Roberts' Kabul Field Force assembled there before marching on Kabul and taking punitive action against the killers of Cavignari's party.