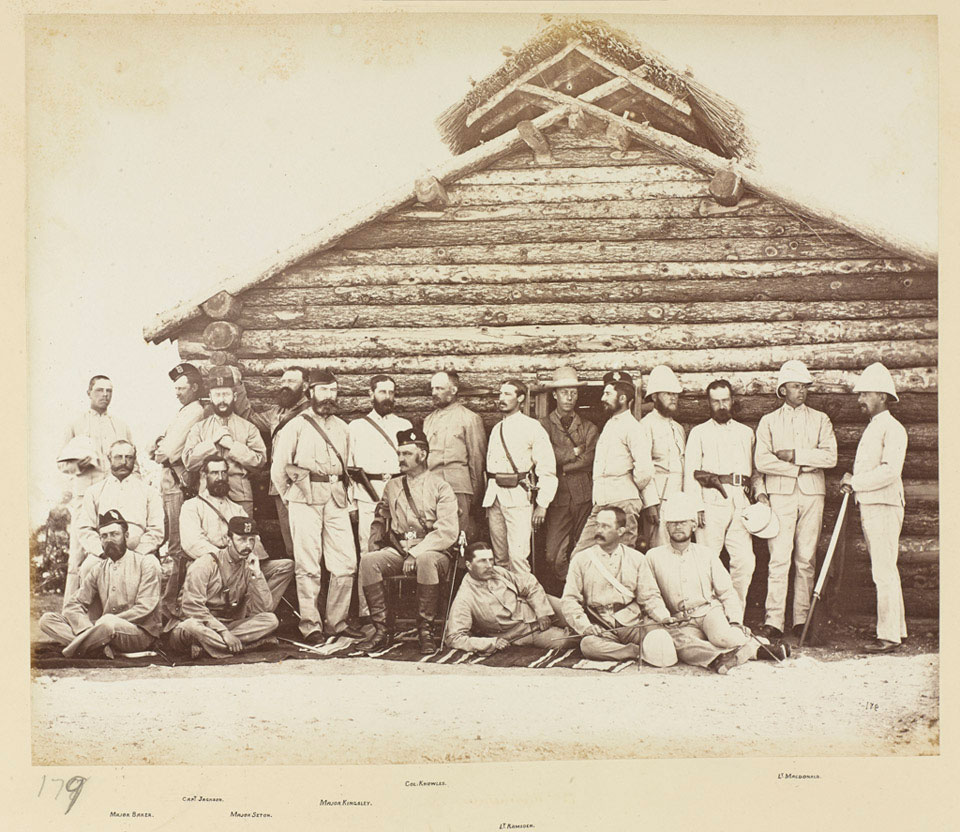 The officers depicted include Major Baker, Captain Jackson, Major Seton, Major Kingsley, Colonel Knowles, Lieutenant Ramsden and Lieutenant MacDonald, standing and sitting outside a wooden hut. During the campaign the 67th fought at the Battle of Charasiab in October 1879 and the Siege of the Sherpur Cantonment in December 1879 before returning to India in 1881.

From album of 115 photographs by Bourne and Shepherd, 1878-1880; associated with Maj Gen Frederick Sleigh Roberts.