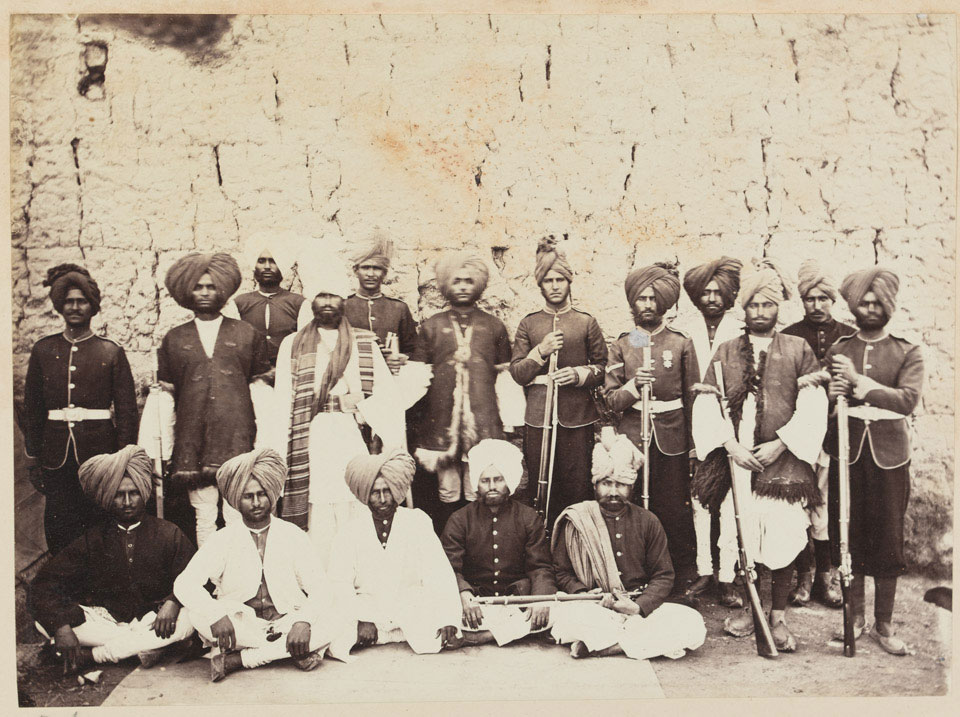 Soldiers of the 29th (Punjab) Regiment of Bengal Native Infantry in Afghanistan, 1878 (c)

Raised in 1857 for service during the Indian Mutiny (1857-1859), the 29th saw much service in Afghanistan including the action at Peiwar Kotal at the western end of the Kurram Valley on 2 December 1878 when Major-General Frederick Roberts' Anglo-Indian Kurrum Field Force engaged Afghan regular troops and local tribesmen.