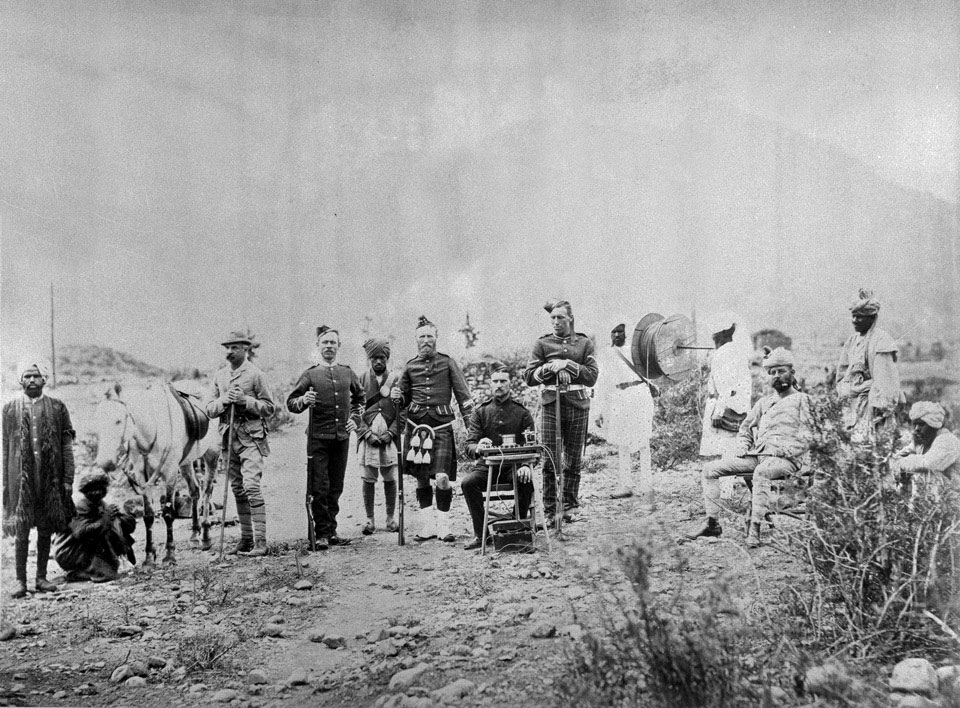 The British Army first used the telegraph during the Crimean War (1854-1856) and by the time of the 2nd Afghan War it had become an established piece of equipment. It proved its worth during the Battle of Kabul (1879). The telegraph system built at the Sherpur cantonment provided fast communications across the huge defended area and allowed Major-General Frederick Roberts' to move his troops to the perimeter defences that were most at risk during the mass Afghan assault of 23 December 1879.