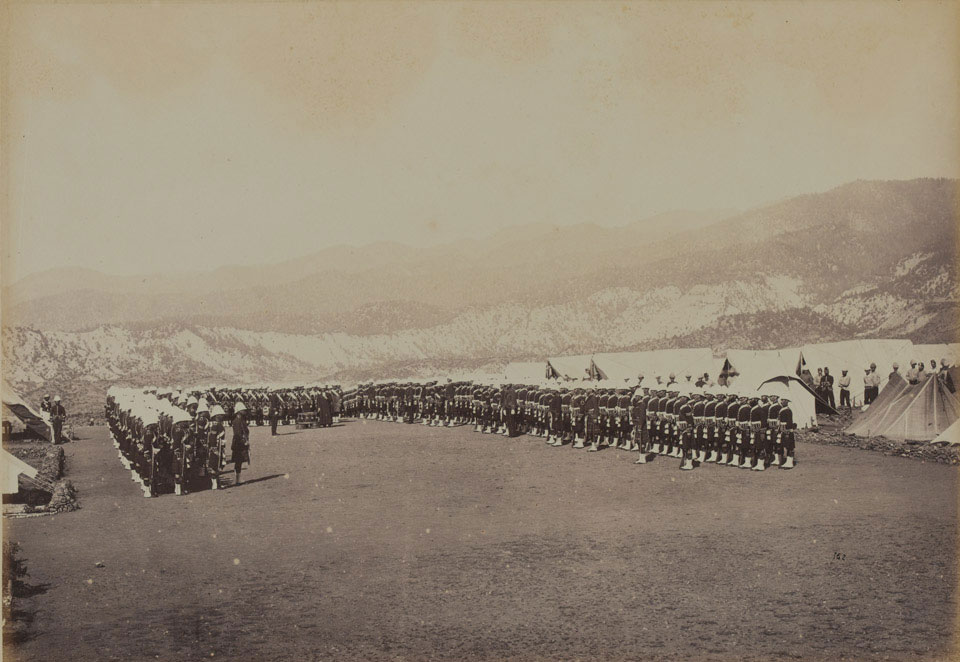 The 92nd (Gordon) Highlanders was one of General Roberts' most trusted regiments in the Kabul Field Force. Their smartness, exhibited here during a church parade, was as noteworthy as their bravery; not all regiments took their full dress uniforms with them on campaign. Indeed, as the Gordons approached the end of their gruelling march to Kandahar in August 1880, and the garrison heliographed to ask what they needed, the regiment's adjutant replied asking that all the pipeclay (leather whitener) in Kandahar be bought up for him. This was done, and on 2 September 1880, the day after the Battle of Kandahar, 'the 92nd shone distinguished from the other regiments by belts as white as those of the Queen's guard at St James's'.

From album of 115 photographs by Bourne and Shepherd, 1878-1880; associated with Major-General Frederick Sleigh Roberts.