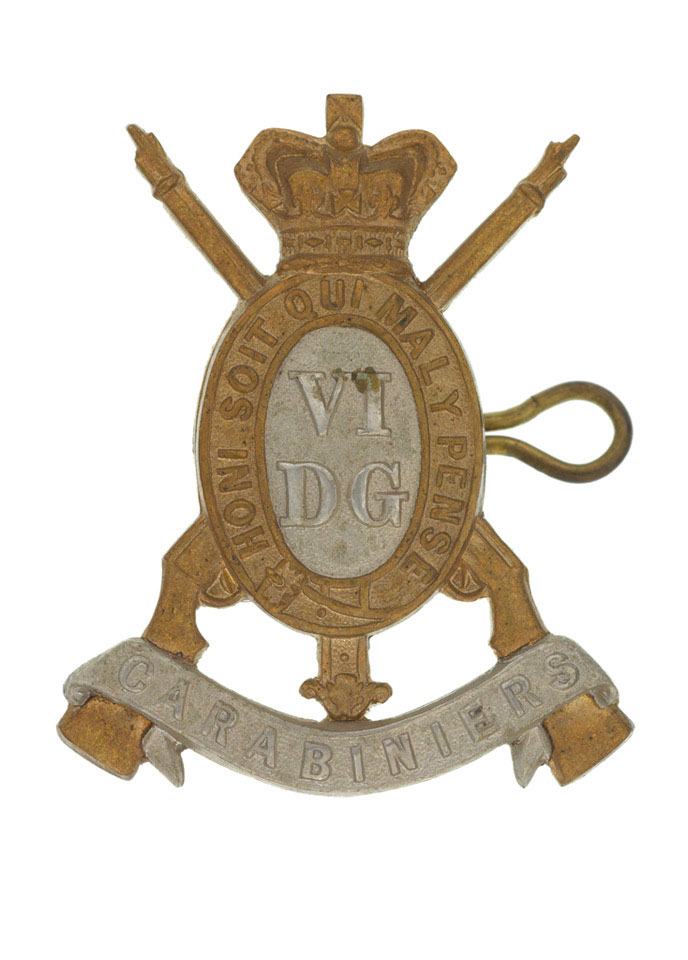 Brass and white metal badge with the regimental numeral and initials, 'VI' over 'DG', within a garter bearing the motto, 'Honi Soit Qui Maly Pense', surmounted by crown. All over crossed carbines with a scroll with the regimental title, 'Carabiniers'.

The 6th Dragoon Guards (Carabiniers) was originally formed as Lord Lumley's Regiment of Horse at the time of the Monmouth Rebellion in 1685. The regiment became the 6th Regiment of Dragoon Guards in 1788. The term 'carabinier' relates to the unit's use of a carbine, a shortened musket or rifle. In the eighteenth century the regiment received battle honours including 'Blenheim', 'Ramillies', 'Oudenarde', and 'Malplaquet' for their service during the War of the Spanish Succession (1702-1713). The Regiment went on to serve in the Crimea, India and Afghanistan. This badge dates to the time of the unit's deployment to South Africa to fight in the Boer War (1899-1902).