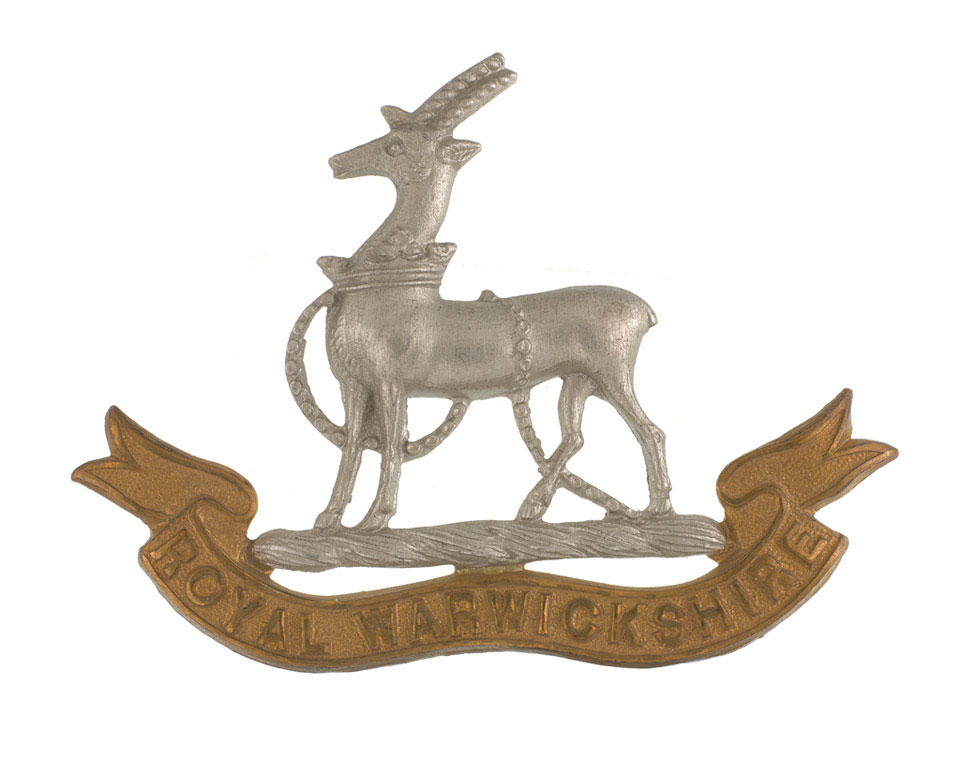 This badge, possibly a sealed pattern, shows a white metal antelope with coronet and chain, above a gilt metal scroll bearing the title, 'Royal Warwickshire'.

The 6th Regiment of Foot became the Royal Warwickshire Fusiliers on 1 May 1963. In 1968 it was amalgamated with other regiments in the Fusilier Brigade, becoming a new large infantry regiment known as the Royal Regiment of Fusiliers. The Warwickshires made up the 2nd Battalion of the new regiment.

At the time this cap badge was sealed, the Royal Warwickshire Regiment were serving in the Boer War (1899-1902) seeing action at Diamond Hill and Bergendal.