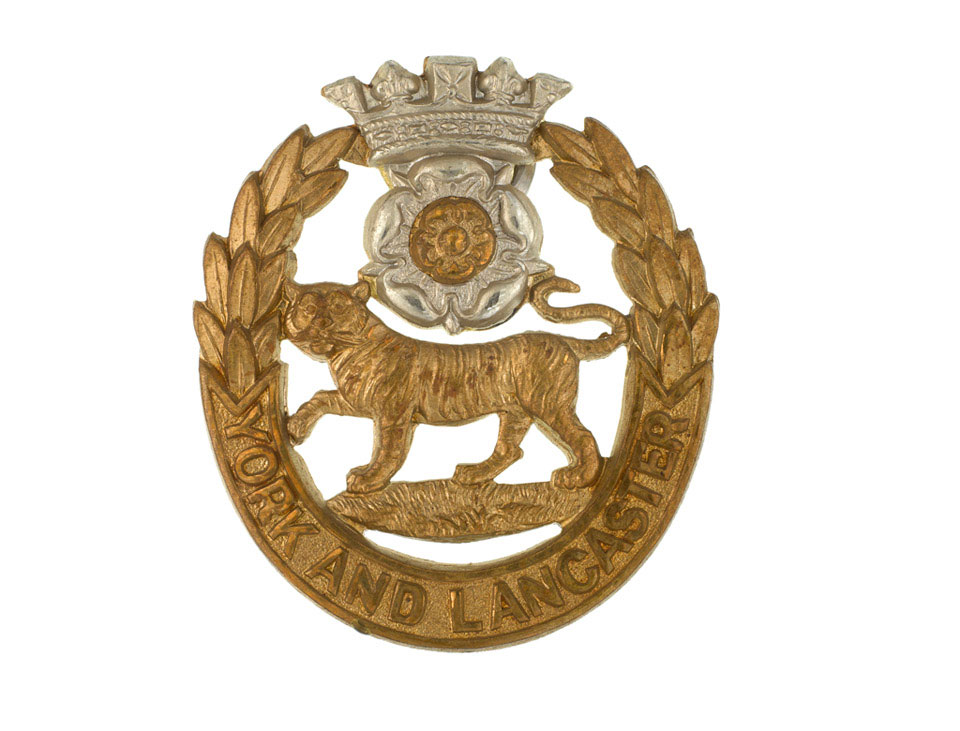 The badge, possibly a sealed pattern, shows a tiger passant gardant facing dexter, on a ground, above which is a Tudor Rose (representing the union of York and Lancaster), surmounted by a coronet, all within a wreath on which is a scroll bearing the burnished regimental title, 'York and Lancaster'.

This line infantry regiment existed between 1881 and 1968. Under the Childers Reforms of 1881, the 65th (2nd Yorkshire, North Riding) Regiment of Foot and the 84th (York and Lancaster) Regiment of Foot were amalgamated to form the York and Lancaster Regiment. In 1968, the Regiment chose to disband rather than amalgamate with another regiment, one of only two infantry regiments in the British Army to do so. In 1900, at the time this badge was sealed, the 1st Battalion took part in the Relief of Ladysmith during the Boer War (1899-1902).