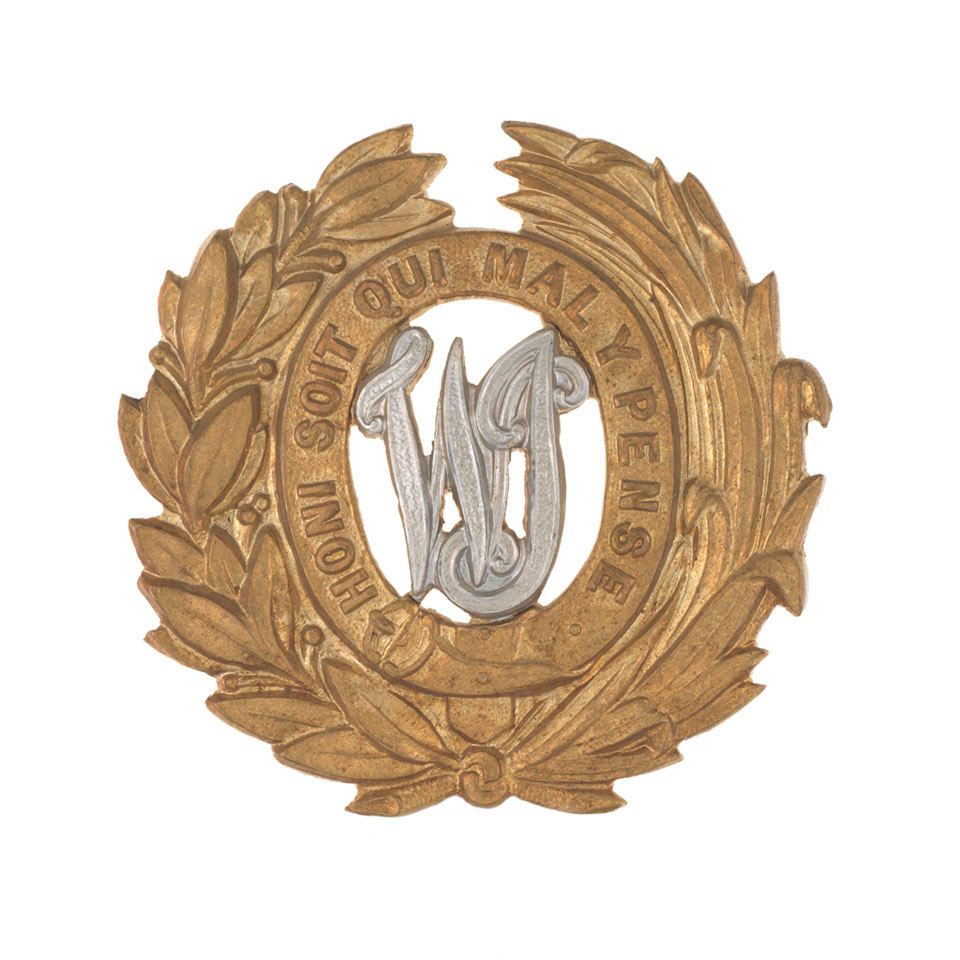 Bi-metal badge in the form of the monogram, 'WI', within a garter bearing the motto, 'Honi soit qui mal y pense' (Shame on him who thinks evil of it).

The West India Regiment was an infantry unit of the British Army recruited from and normally stationed in the Caribbean colonies. Between 1795 and 1888 there were between one and 12 West India Regiments. From 1888 there was one regiment of two battalions. The Regiment served in West Africa during the second half of the nineteenth century and in the Middle East during World War One (1914-1918). The two battalions were amalgamated into a single battalion in 1920. This was disbanded in 1927. The regiment was briefly revived in 1958 during the short-lived Federation of the West Indies, but finally abandoned in 1962.