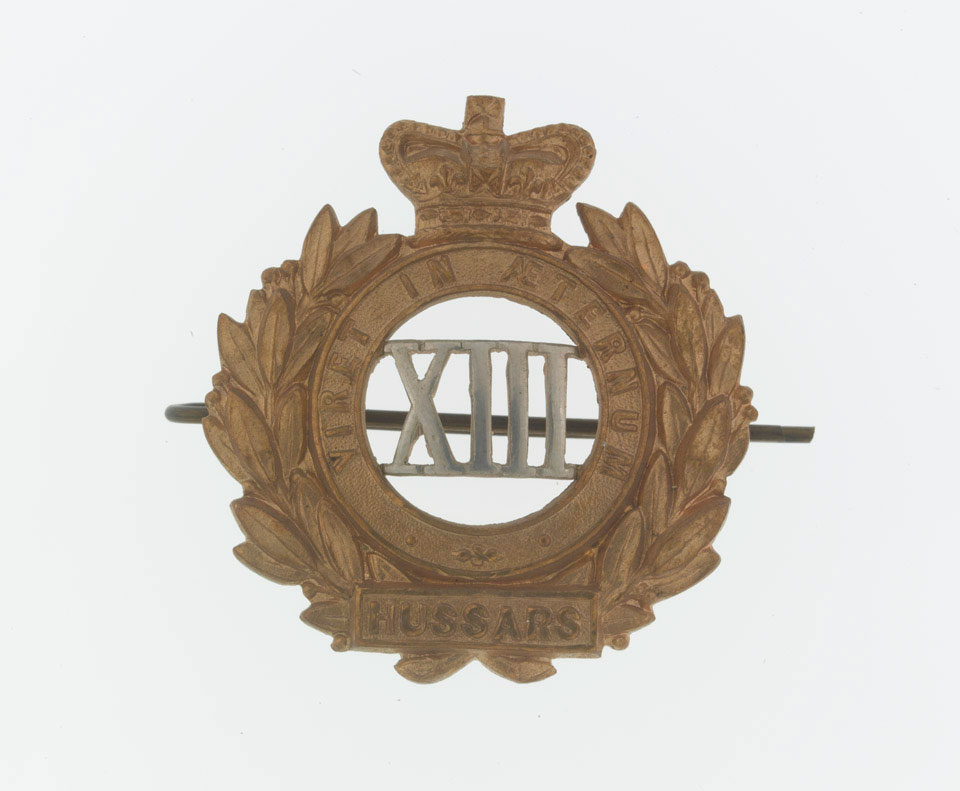 Badge in the form of the regimental number in Roman numerals, 'XIII', within a wreathed and crowned circlet bearing the unit's motto, 'Viret In Aeternum' (May It Flourish Forever), with a straight scroll inscribed 'Hussars'.

The Regiment was raised in 1715 as a dragoon unit. As the 13th (Light) Dragoons it fought in the Crimean War, participating in the famous Charge of the Light Brigade at the Battle of Balaklava in 1854. It did not become a hussar regiment until 1861. In 1900 the Regiment was serving in South Africa during the Boer War (1899-1902).