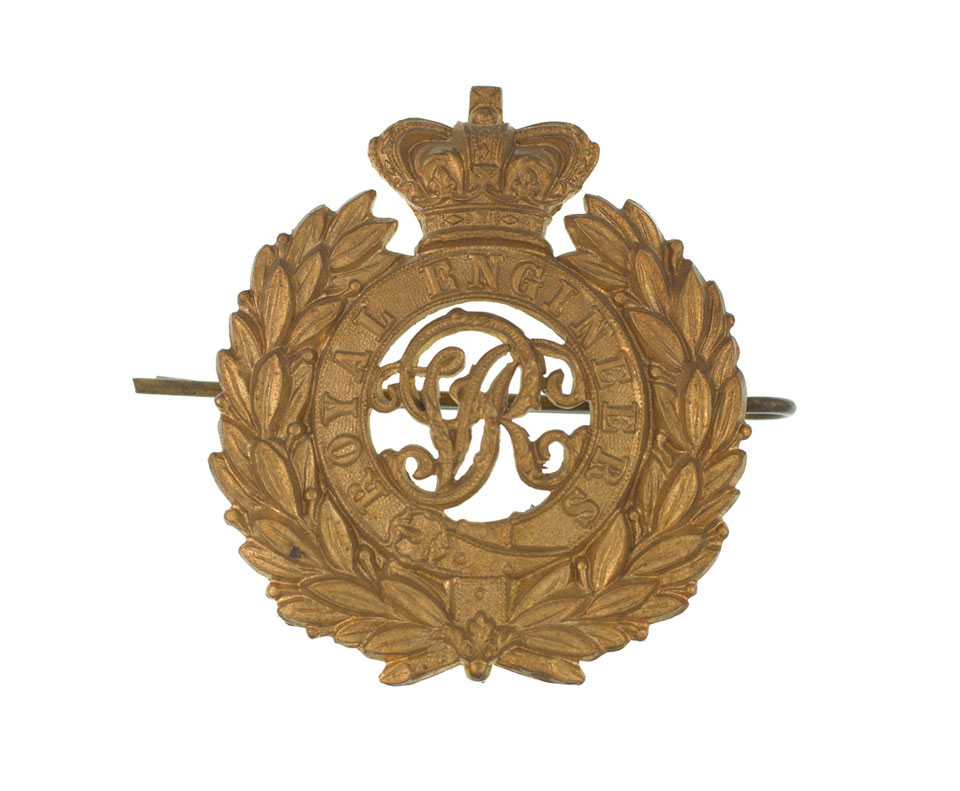 Metal badge with the pierced royal cypher of King George V within a garter, bearing the motto, 'Honi soit qui mal y pense' (Shame on him who thinks evil of it), surmounted by a monarchial crown, within a wreath, with a frosted scroll bearing the burnished unit title, 'Royal Engineers'.

The Royal Engineers traces its origins back to when the Board of Ordnance (established in the 15th century) formed a Corps of Engineers in 1715. The motto of the Corps of Royal Engineers is 'Ubique' which means 'Everywhere'. Awarded in 1832, this single word reflects the fact that the unit has been involved in nearly all the British Army's combat deployments and would thus be entitled to myriad battle honours.