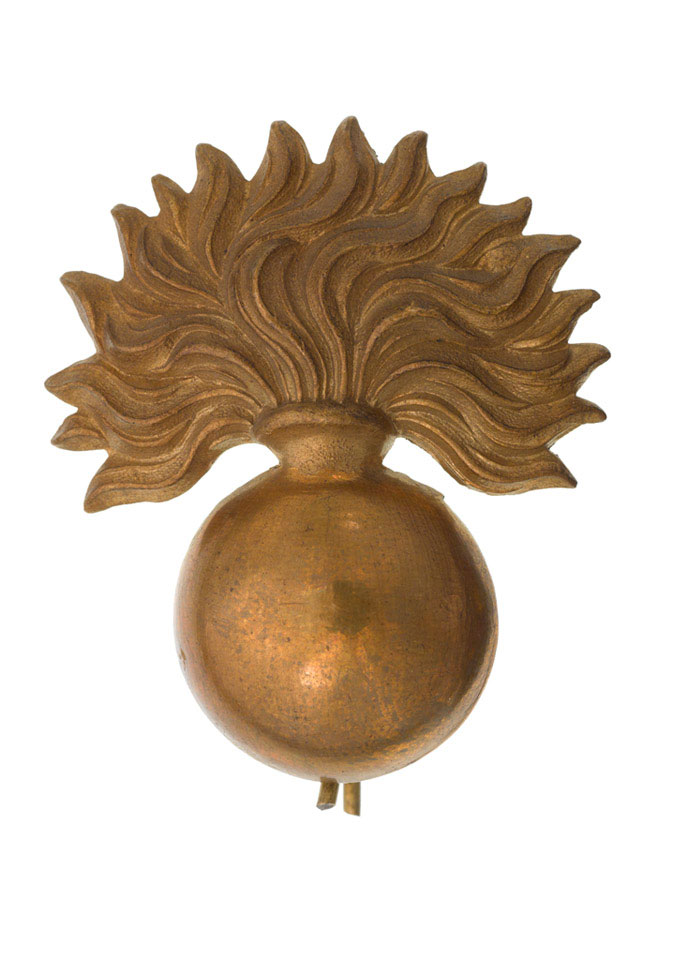 The Grenadier Guards is an infantry regiment which traces its lineage back to when Lord Wentworth's Regiment was raised in Bruges to protect the exiled Charles II in 1656. Nine years later, it was combined with John Russell's Regiment of Guards to form the 1st Regiment of Foot Guards. At the time this cap badge was sealed, the regiment were fighting in the Boer War (1899-1902).