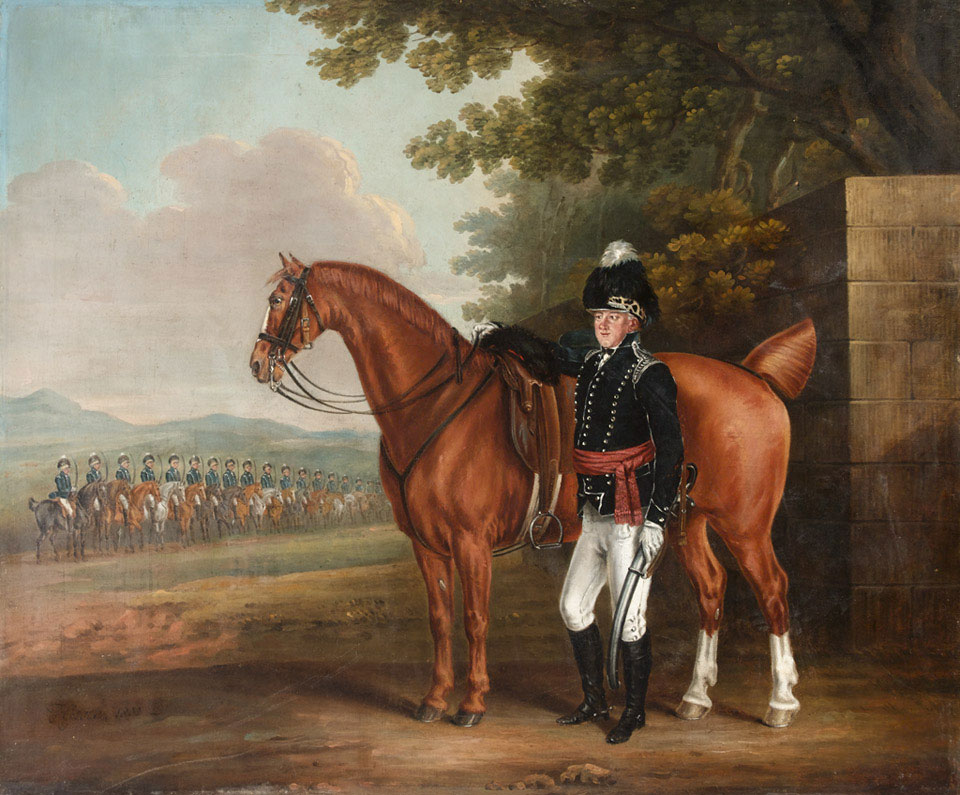 Colonel Thomas Cooper Everitt, with the Hampshire Fencible Cavalry drawn up in the backgound, 1800

Colonel Everitt raised two troops of the Hampshire Fencible Cavalry on 13 April 1794. The Fencible regiments were raised for home service so that regular Army units could be released for service abroad. Alongside the Militia, they would defend the country against the threat of invasion by the French.