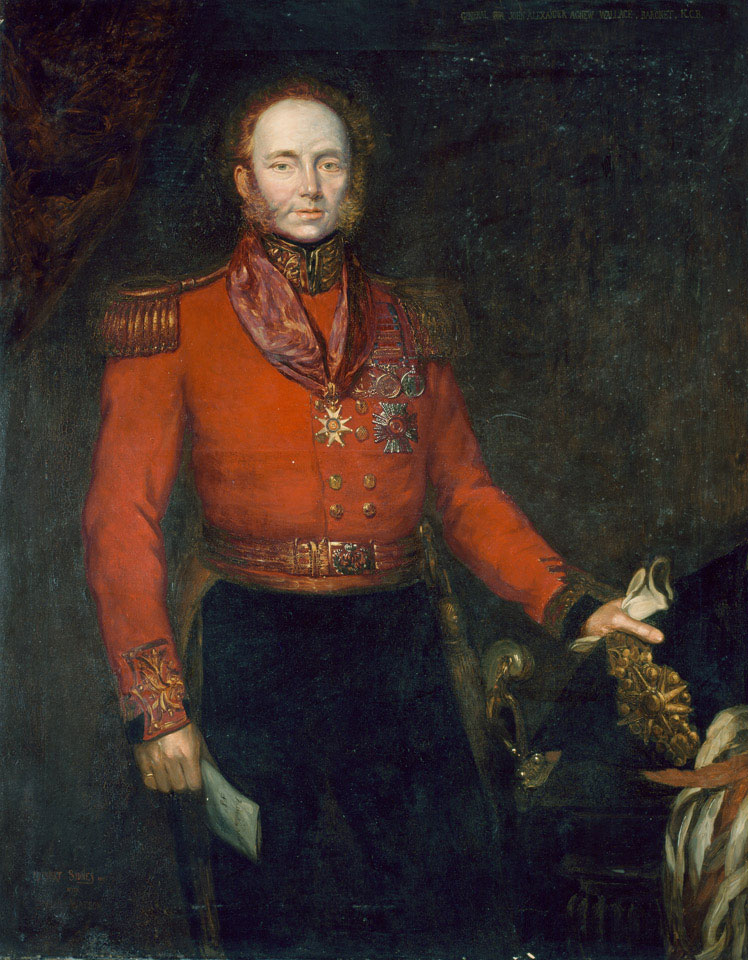 John Alexander Dunlop Agnew Wallace wears the Star and neck badge of the KCB, the Army Gold Medal with clasps and the Waterloo Medal.

Wallace went to the Peninsular in 1809 in command of the newly-raised 2nd Battalion of the 88th Regiment of Foot (Connaught Rangers) which greatly distinguished itself at Busaco. The Duke of Wellington is reported to have said, 'Wallace, I never saw a more gallant charge than that just made by your regiment', and mentioned this in his despatch. Wallace commanded the regiment at Fuentes d'Onoro in 1811 and was mentioned in despatches again, as he was after the Battle of Salamanca in 1812, when he commanded the right brigade of the third division. On 12 August 1819 he was made a major-general and he received the Knight Commander of the Order of the Bath (KCB) in 1833. He retired at the rank of general and died at Stranraer aged 82, in 1857.