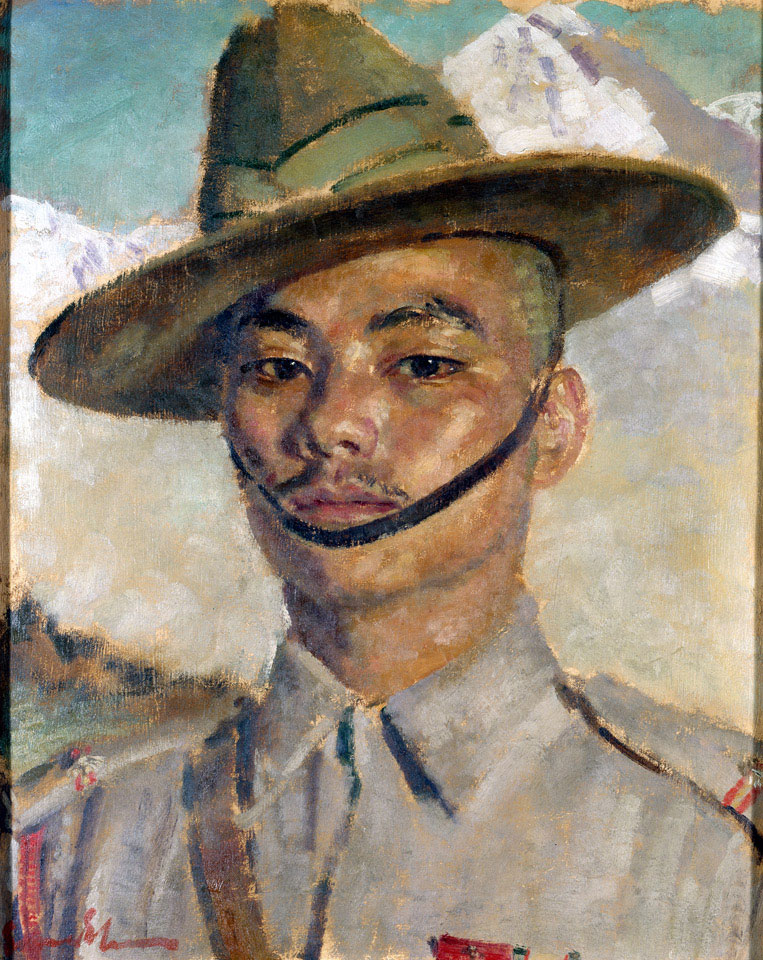 The Nepalese soldier Gaje Ghale (1919-2000) was awarded the Victoria Cross for his actions during a battle in the Chin Hills near Imphal, Burma, on 27 May 1943. Japanese forces occupied the hills overlooking a position held by the 17th Indian Division. In order to destroy this advantage, the havildar (Indian officer) led a platoon to attack these forces via a perilous five metre-wide rock spur. Despite the bullet wounds that he received in his leg, chest and arm, Havildar Ghale fought tirelessly, cheering his men onwards, as they launched repeated assaults. The platoon succeeded in taking the Japanese position, and maintained it under heavy fire.