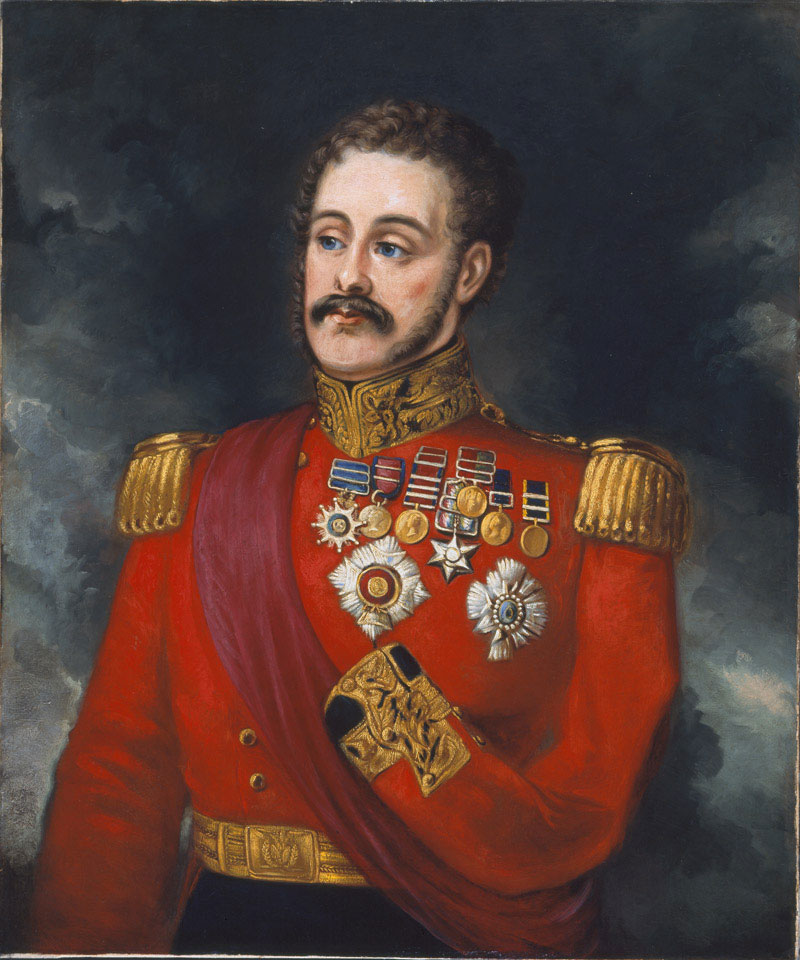 At the Battle of Waterloo on 18 June 1815, while serving as a captain with the 15th Hussars, Thackwell (1781-1859) had two horses shot from under him and lost his left arm. He went on to command the regiment from 1820, a position he held for 12 years until he exchanged it for command of the 3rd (King's Own) Light Dragoons.

Despite his handicap, Thackwell went on to see much active service in India. For the 1st Afghan War (1838-1842), he assumed command of the cavalry of the Army of the Indus and, during the campaign against the Marathas of Gwalior in 1843, he led the cavalry division. In the 1st Sikh War (1845-1846), Thackwell was again in command of the cavalry; during the 2nd Sikh War (1848-1849), he led the third division of infantry, then the cavalry division. At the conclusion of hostilities, Sir Hugh Gough, Commander-in-Chief India, commended him in his dispatch of 26 February 1849,

'I am also greatly indebted to this tried and gallant officer for his valuable assistance and untiring exertions throughout the present and previous operations as second in command with this force.'