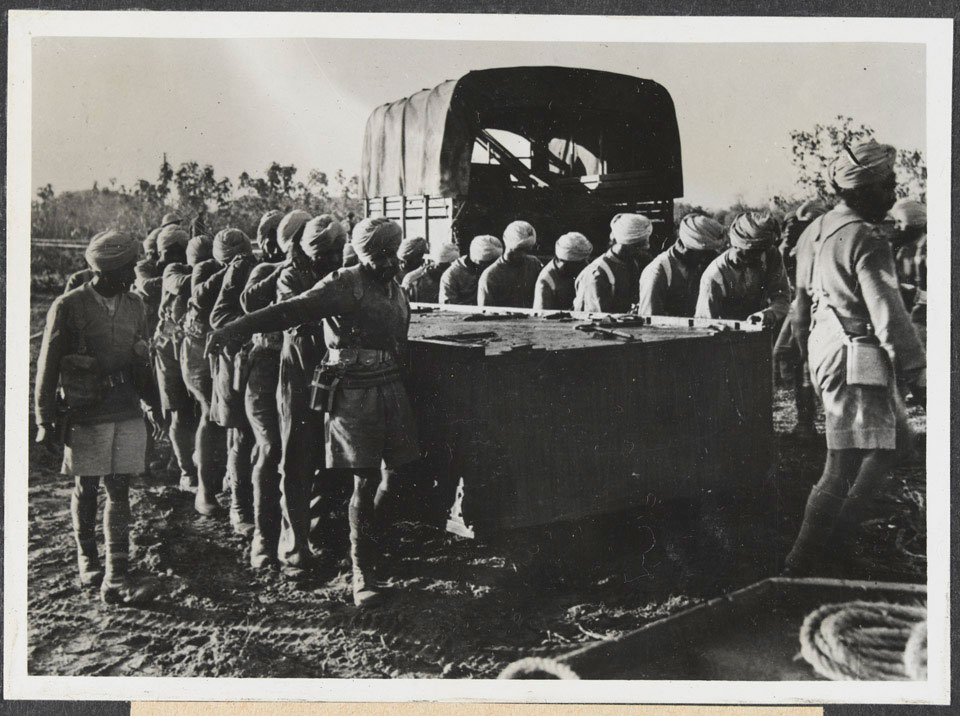 Construction of a pontoon bridge over the River Jordan, 1941 (c)

Indian sappers carry a section of a pontoon bridge towards the River Jordan during a bridge building operation. The soldiers depicted probably belonged to Queen Victoria's Own Sappers and Miners Group, Indian Engineers, who served in the Middle East, including Iraq, Palestine and Syria, in 1941-1942.

From a collection of photographs relating to World War Two.