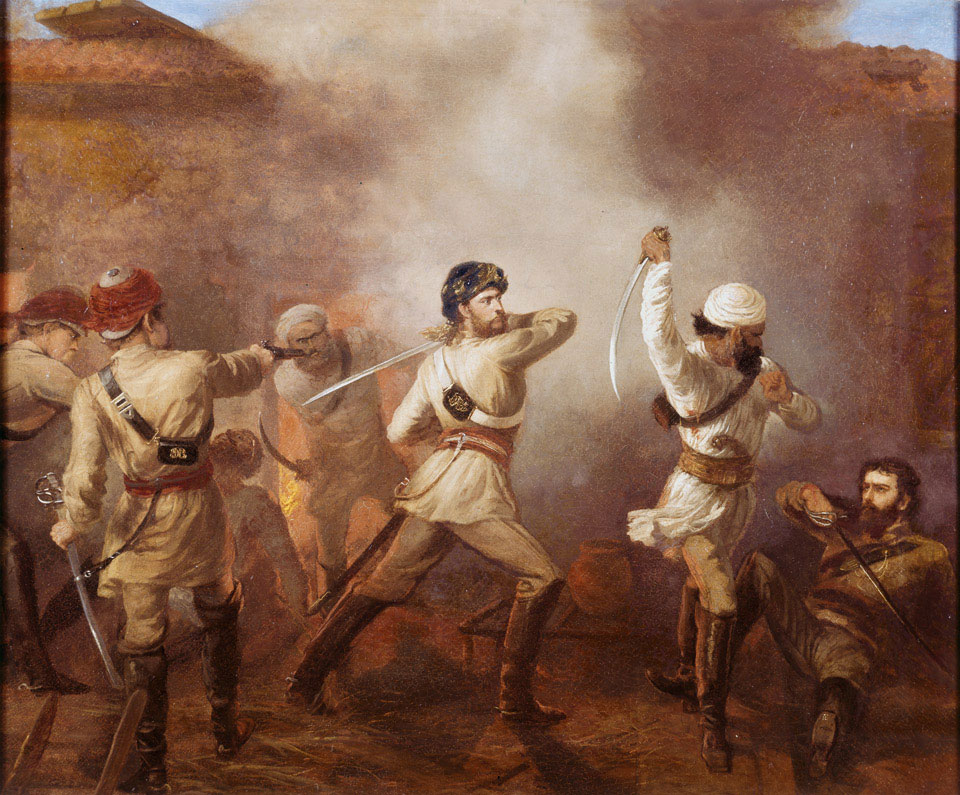 The dates of the acts of bravery for which Charles Gough (1832-1912),was awarded the Victoria Cross were 15 and 18 August 1857, and 27 January and 28 February 1858. This included saving the life of his brother Hugh on 15 August 1857 at Khurkowdah near Rhotuck and on another occasion he rescued Major O H St John.