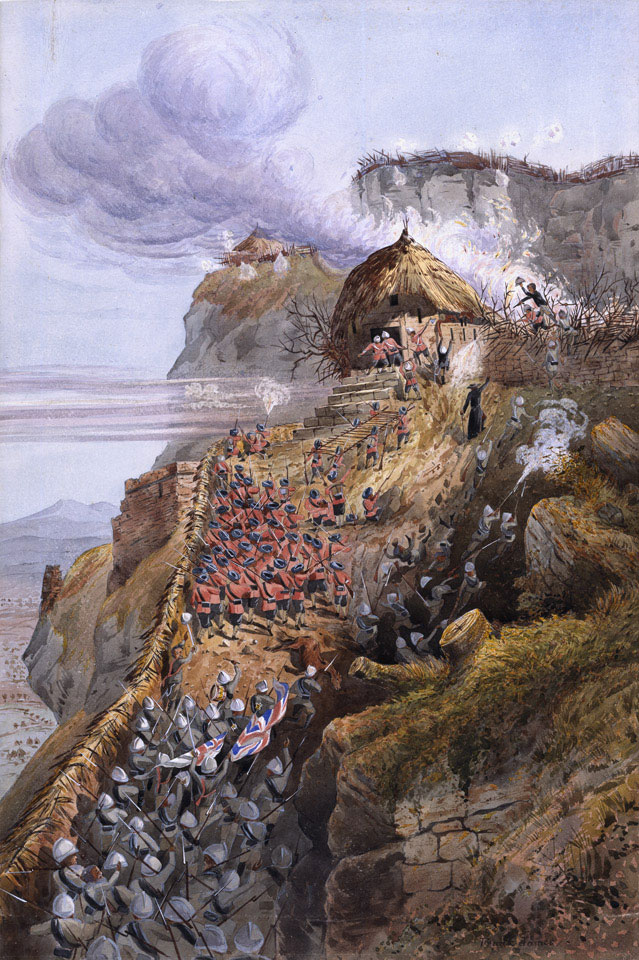 This watercolour depicts the attack on the Kaffir Bir gateway by the 10th Company, Royal Engineers, supported by 'K' Company, Madras Sappers and Miners, and the 33rd (The Duke of Wellington's) Regiment. The capture and destruction of Magdala was the final act in the expedition to defeat the Emperor Tewodros II (or King Theodore) of Abyssinia and release the British hostages he had taken.