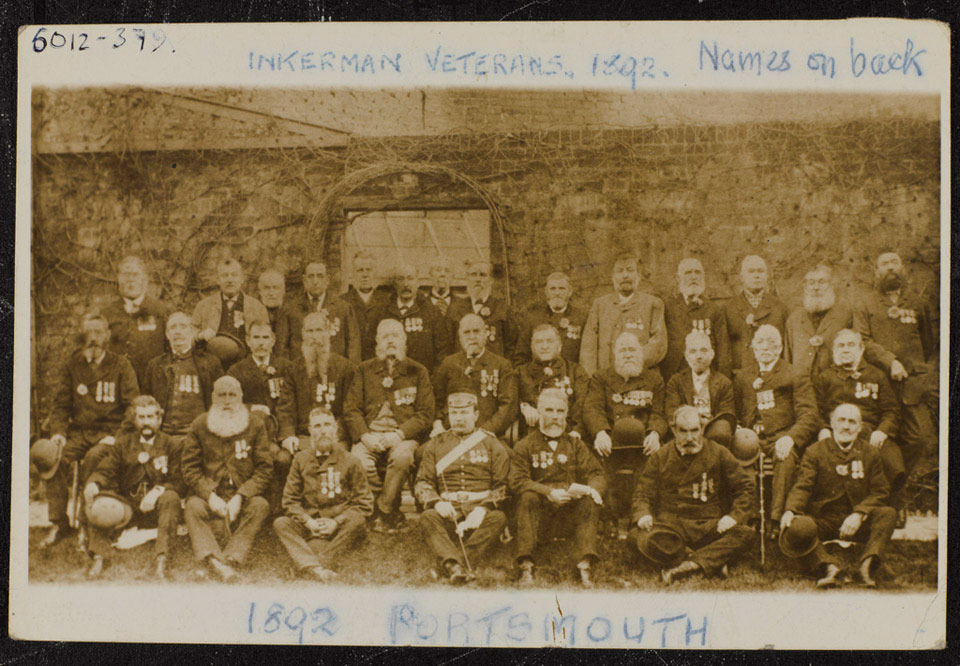 Veterans of the Battle of Inkerman, Portsmouth, 1892

Photograph by Symonds of Portsea, 1892.

A photograph of thirty-two veterans of the Crimean War, taken at a reunion in Portsmouth in 1892. The veterans from the Army and the Royal Navy are identified on the back of the photograph. There are also a number of annotations.