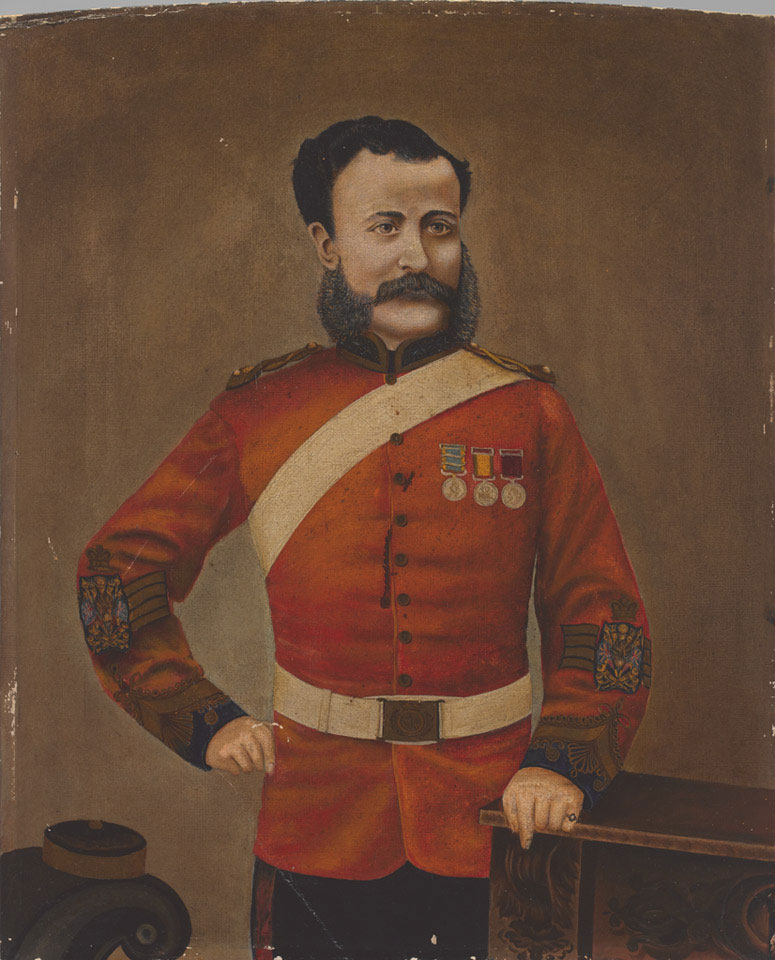 This portrait was presented to Quarter Master Sergeant Crisp, a veteran of the Crimean War (1854-1856), by the officers and men of Portsmouth Militia Division, Royal Engineers, on 16 April 1894. Crisp features in a photograph taken in Portsmouth in 1892 of veterans of the Battle of Inkerman (NAM. 1960-12-379-1). The Museum also holds Crisp's medals including the Crimea Medal 1854-56, with two clasps for 'Inkermann' and 'Sebastopol', which he is shown wearing in the portrait.