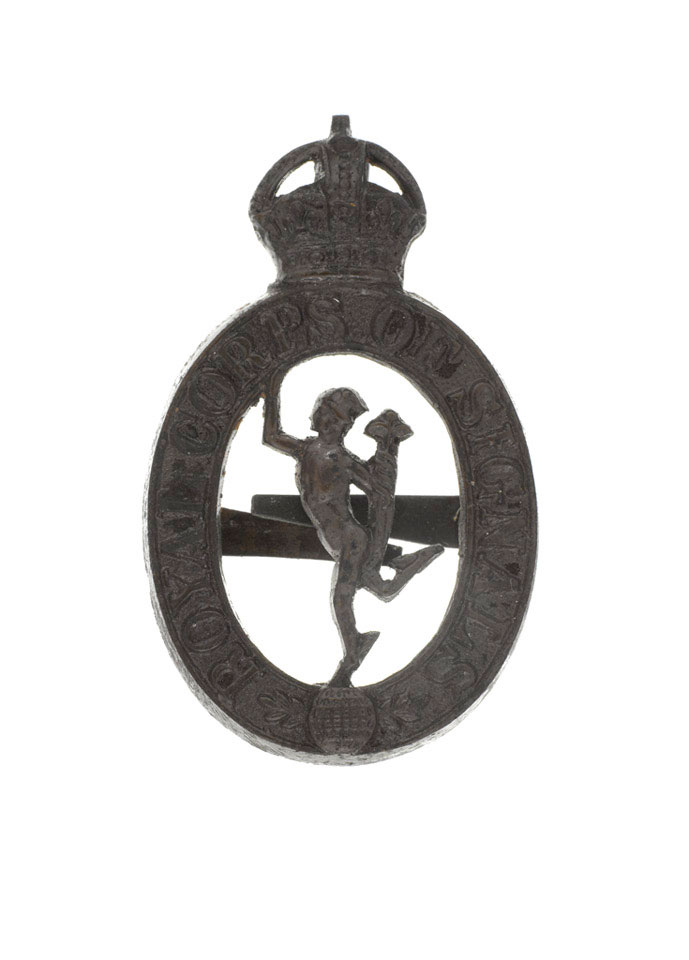 Badge with a figure of the Roman god Mercury within an oval, bearing the unit title, 'Royal Corps of Signals', surmounted by a crown.

The badge of the Royal Corps of Signals depicts Mercury, the winged messenger of the gods, holding a caduceus (herald's staff) in his left hand, while balancing on a globe.

This design of badge was introduced on the formation of the Royal Corps of Signals in 1920. This badge is completed in a bronzed finish for use on service dress. The effect helped make an officer less conspicuous by avoiding brass or gilt buttons which would stand out as a target. The design of the badge changed in 1947, incorporating the Corps' motto, 'Certa Cito', meaning, 'Swift and Sure'.