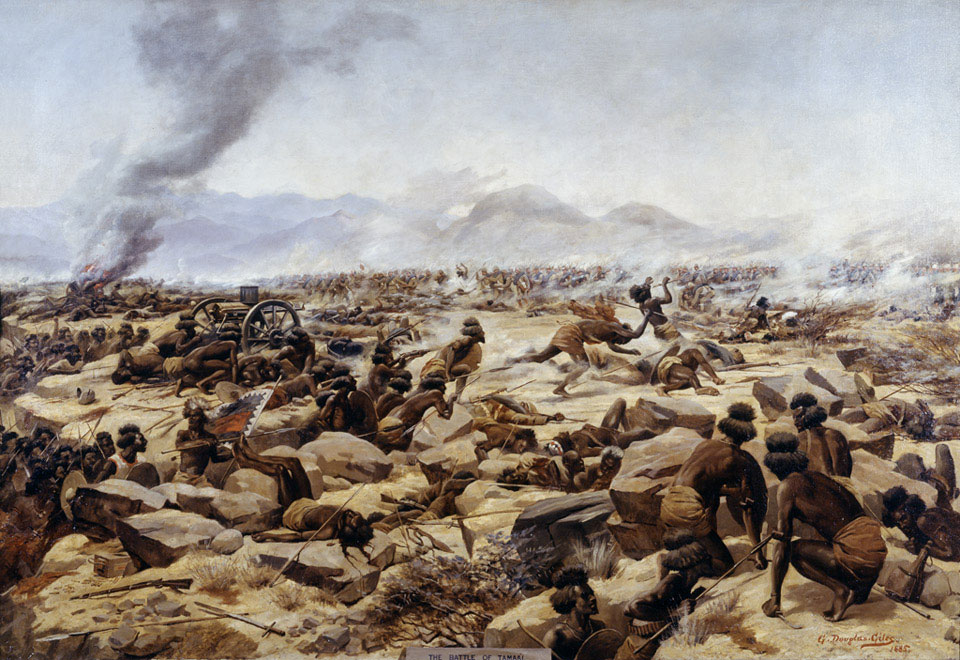 The Battle of Tamai, Soudan Campaign, 1884

During the 1st Sudan War (1884-1885), a British force of 4,000 was almost defeated by a Dervish army under Osman Digna at Tamai on 13 March 1884. The British fought in two brigade squares, one of which was temporarily broken by the Dervishes. The situation was only retrieved when the second square moved up in support after a desperate hand-to-hand struggle.

This painting depicts the moment when the broken Second Brigade had re-formed and was advancing to recover the abandoned guns of the Naval Brigade. The artist was present at the battle as a lieutenant in the Bombay Staff Corps; he subsequently resigned his commission, trained as an artist in Paris and began a second career as an equestrian and battle painter.

The artist's own account of the incident he depicted stated: 'Almost at the same moment a fresh body of the enemy were seen issuing from a broad, deep, rocky ravine, in which they had been lying concealed, this time in even denser numbers than before. Our troops met the onslaught with the utmost steadiness.'