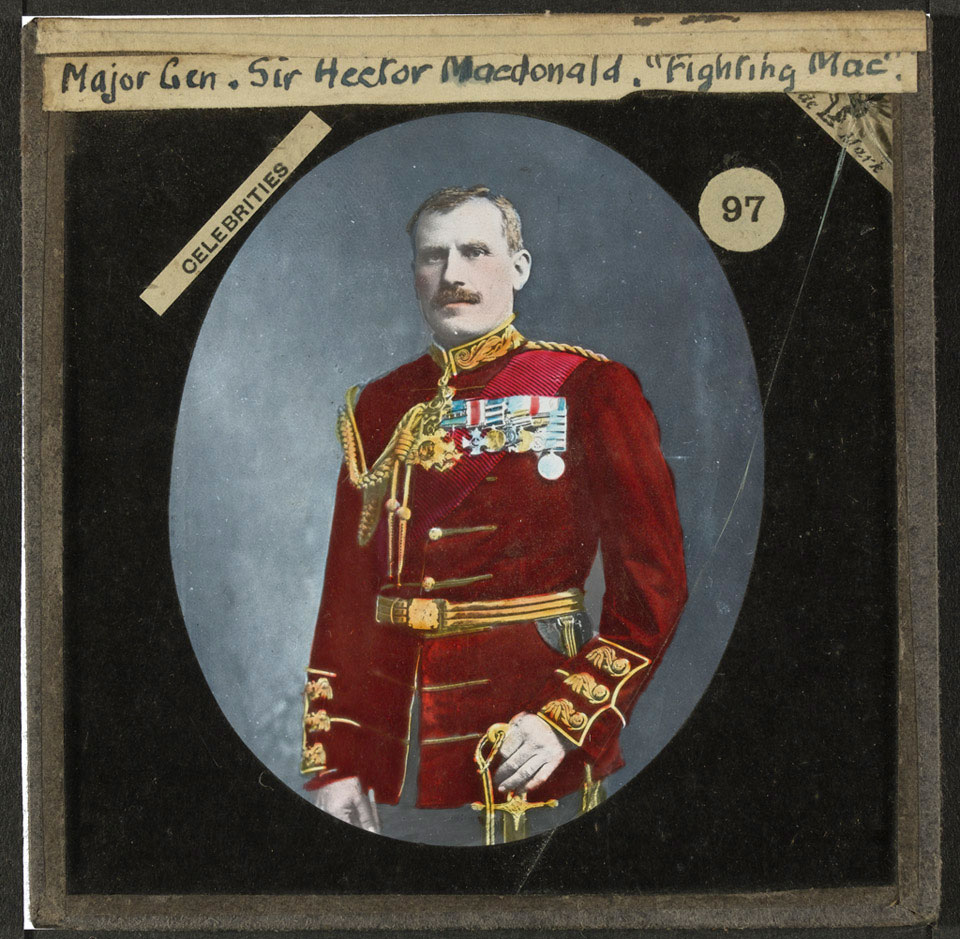 Lantern slide after a photograph by Elliott and Fry, 1902.

From 1885 MacDonald served in the Egyptian Constabulary and then with the Egyptian Army from 1888. Commanding Sudanese troops he gained public acclaim for his role at the Battle of Omdurman. After serving as an aide-de-camp to Queen Victoria, MacDonald led the 3rd (Highland) Brigade in South Africa during the Boer War (1899-1902).

MacDonald went on to serve in India and Ceylon but his life ended in tragedy. On 25 March 1903, following allegations of homosexuality and with the prospect of a possible court martial on his return to Ceylon, MacDonald committed suicide at the Hotel Regina in Paris.