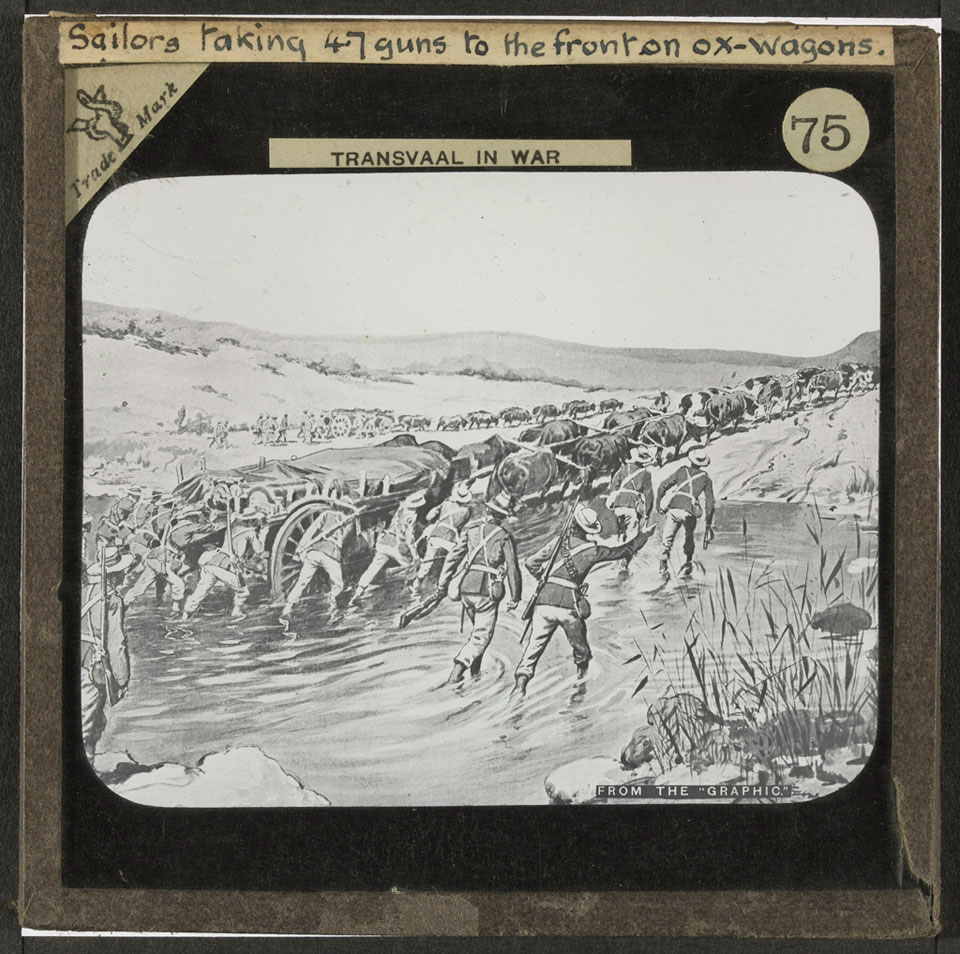 Dismantled 4.7 inch naval guns being transported by ox wagon in South Africa, 1900. To match often superior Boer artillery the British mounted naval guns on improvised carriages. Captain (later Admiral Sir) Percy Moreton Scott of HMS Terrible is credited with the design of these carriages. These heavy guns were manned by naval crews and pulled by large teams of oxen.