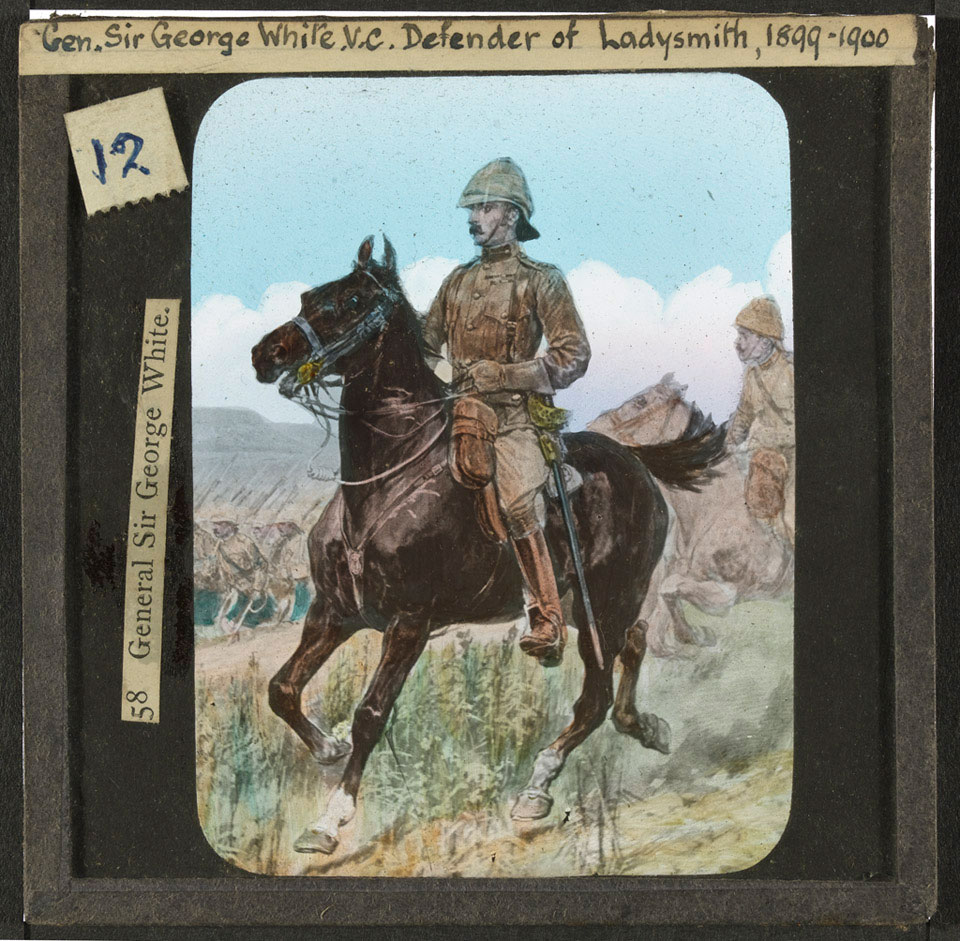 Sir George Stuart White was born at Whitehall, County Antrim, in 1835. After officer training at the Royal Military College, Sandhurst he joined the 27th Regiment with which he served during the Indian Mutiny (1857-1858). White then transferred to the 92nd (Gordon Highlanders) with whom he served for 26 years. During the 2nd Afghan War (1878-1880), White, with 200 of his regiment, outflanked a superior force of Afghans in the Saug-i-nawishta gorge on 6 October 1879, leaving the route from Charasia to Kabul free for the remainder of the British and Indian troops. For his bravery during this incident White was awarded the Victoria Cross.

White's service was mainly in India on the North West Frontier, but he was Assistant-Quartermaster-General in Egypt during 1884-1885. He was Commander-in-Chief India from 1893 until 1897 when he was appointed Quartermaster-General at the War Office. In September 1899 he was sent to Natal to prevent the invasion of the province. The force was divided, against White's wishes. The complete failure by part of the force against the Boers at Lombards Kop on 20 October 1899 resulted in White's army being besieged at Ladysmith. White held the Boers at bay for 118 days. On the 28 February 1900 Ladysmith was relieved by the Natal Field Force. White's health had suffered during the siege and he returned to Britain to be appointed Governor of Gibraltar. He was later made Governor of Chelsea Hospital, where he died on 24 June 1912.