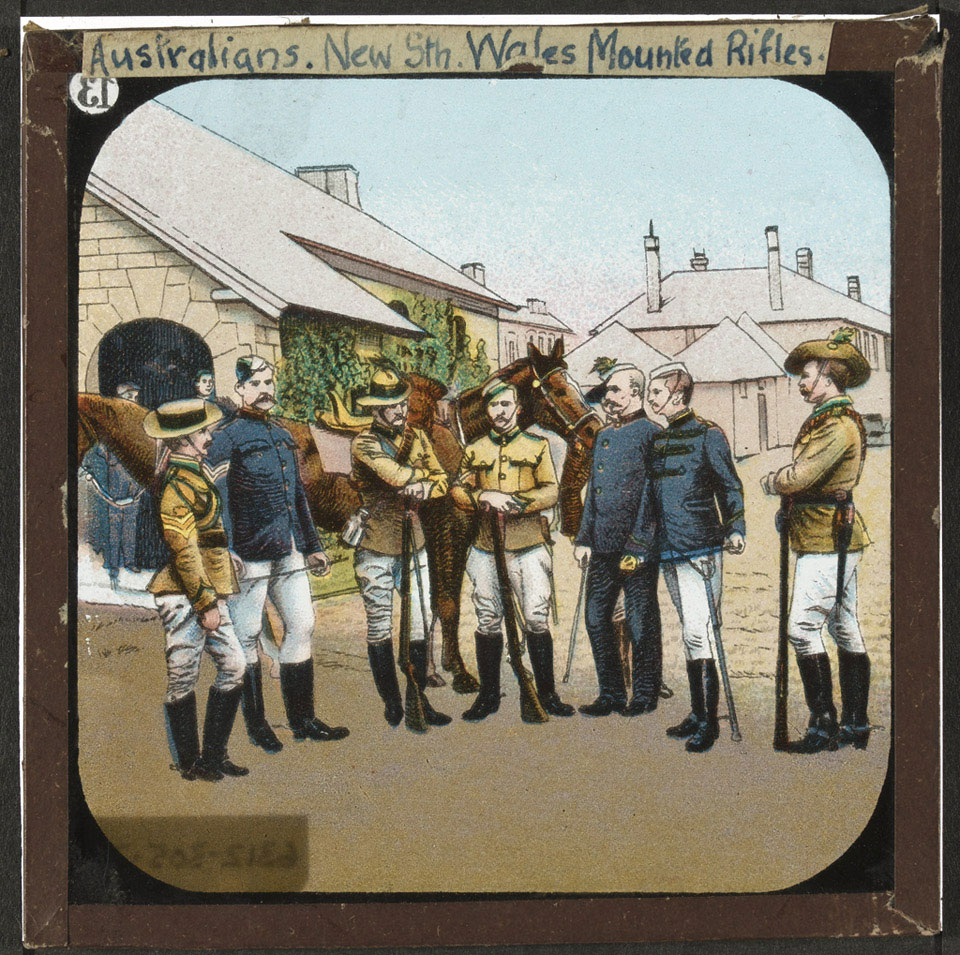 A large number of the troops fighting for Britain in South Africa came from distant parts of the Empire including New Zealand, Canada and Australia. Over 20,000 Australians fought for the 'mother country', including many in the various contingents of the New South Wales Mounted Rifles. The first draft of the latter to arrive in South Africa were described as 'especially smart men; good shots and daring riders'.