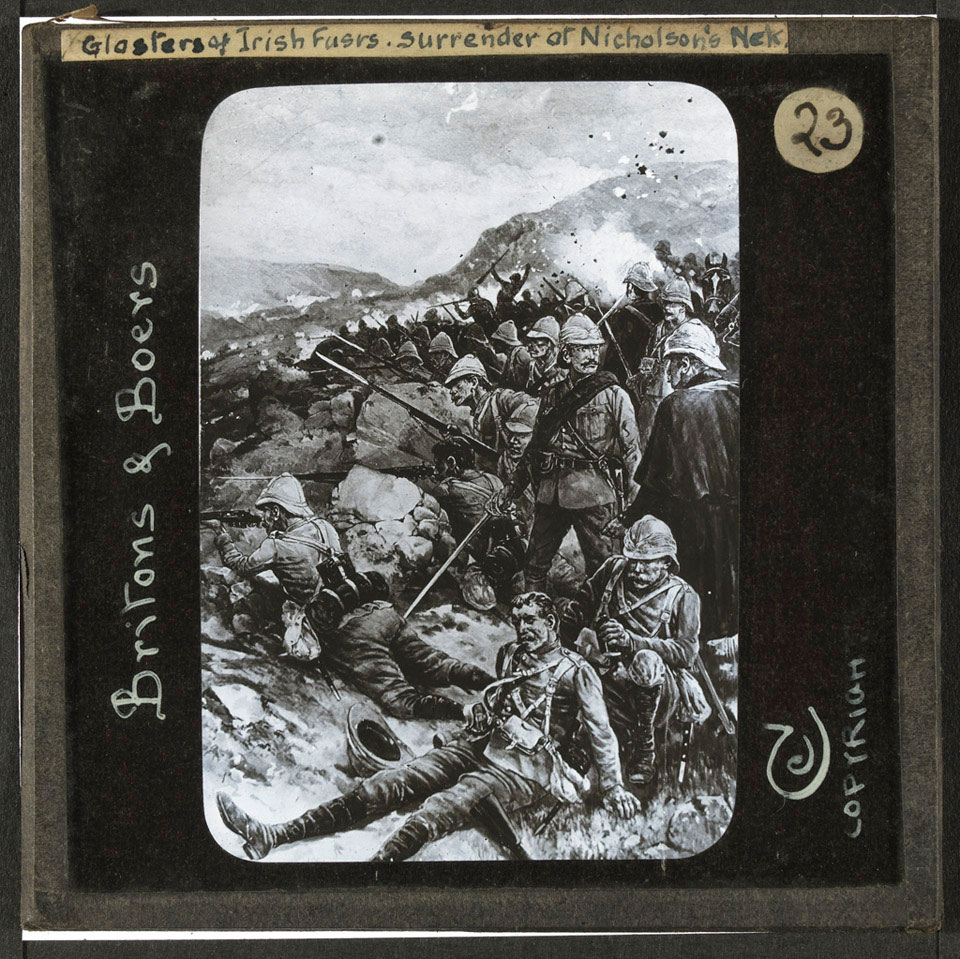 Soldiers from The Gloucestershire Regiment and The Princess Victoria's (Royal Irish Fusiliers) during the Battle of Nicholson's Nek, 30 October 1899

The British defeat at Nicholson's Nek took place after General Sir George White, having withdrawn his forces to Ladysmith, had attempted to attack one of the Boer columns converging around the town. Over 900 officers and men were captured during the engagement. On the same day, the Boers also defeated the British at Lombard's Kop. The two victories allowed them to encircle Ladysmith and begin the siege.

From a collection of 243 lantern slides, mainly illustrations from 'The Illustrated London News' and 'The Sphere', 1899-1902.