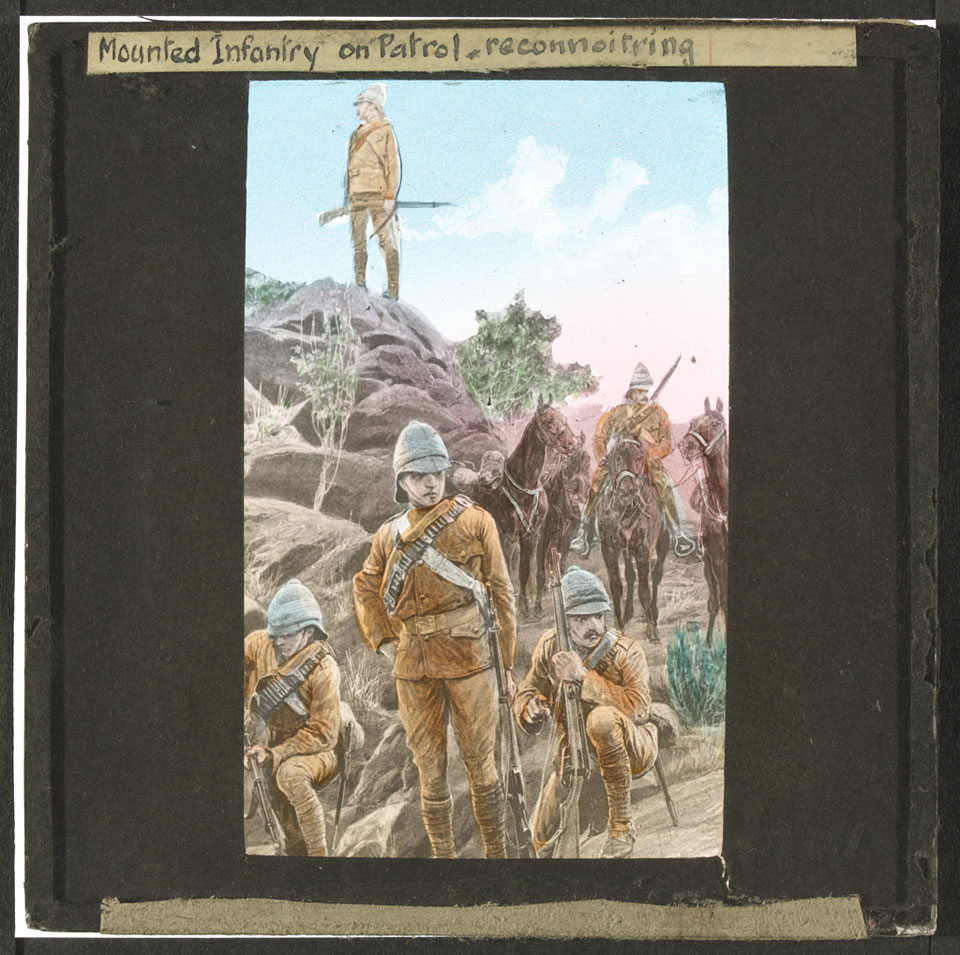 British mounted infantry units emerged during the colonial conflicts of the late 19th century. Foot regiments formed mounted platoons for scouting and skirmishing when serving overseas in Australia, South Africa, Egypt, Sudan and Burma. Many of these were eventually formed into the Imperial Mounted Infantry. The troops travelled great distances on horses, but primarily fought on foot with rifles.

From a collection of 243 lantern slides, mainly illustrations from 'The Illustrated London News' and 'The Sphere', 1899-1902.